It comes after Kingston Lib Dems raised the issue of being unable to find an available test at the Chessington test site last week after photos published showed the site void of patients. Residents have also reported difficulty in accessing appointments for the mobile testing unit at the Cattle Market Car Park in Kingston.

The open letter reads in full: 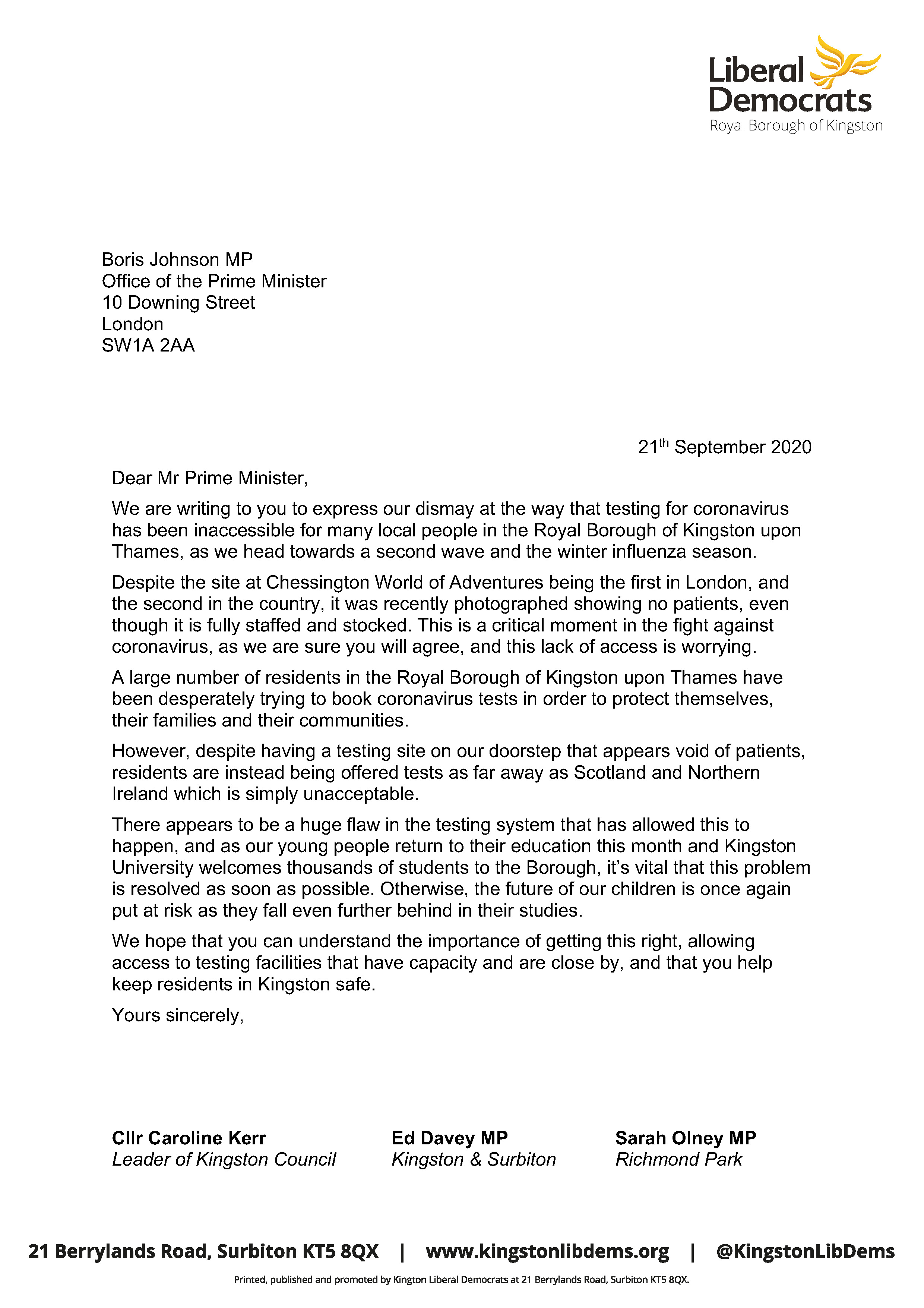 We are writing to you to express our dismay at the way that testing for coronavirus has been inaccessible for many local people in the Royal Borough of Kingston upon Thames, as we head towards a second wave and the winter influenza season.

Despite the site at Chessington World of Adventures being the first in London, and the second in the country, it was recently photographed showing no patients, even though it is fully staffed and stocked. This is a critical moment in the fight against coronavirus, as we are sure you will agree, and this lack of access is worrying.

A large number of residents in the Royal Borough of Kingston upon Thames have been desperately trying to book coronavirus tests in order to protect themselves, their families and their communities.

However, despite having a testing site on our doorstep that appears void of patients, residents are instead being offered tests as far away as Scotland and Northern Ireland which is simply unacceptable.

There appears to be a huge flaw in the testing system that has allowed this to happen, and as our young people return to their education this month and Kingston University welcomes thousands of students to the Borough, it’s vital that this problem is resolved as soon as possible. Otherwise, the future of our children is once again put at risk as they fall even further behind in their studies.

We hope that you can understand the importance of getting this right, allowing access to testing facilities that have capacity and are close by, and that you help keep residents in Kingston safe.