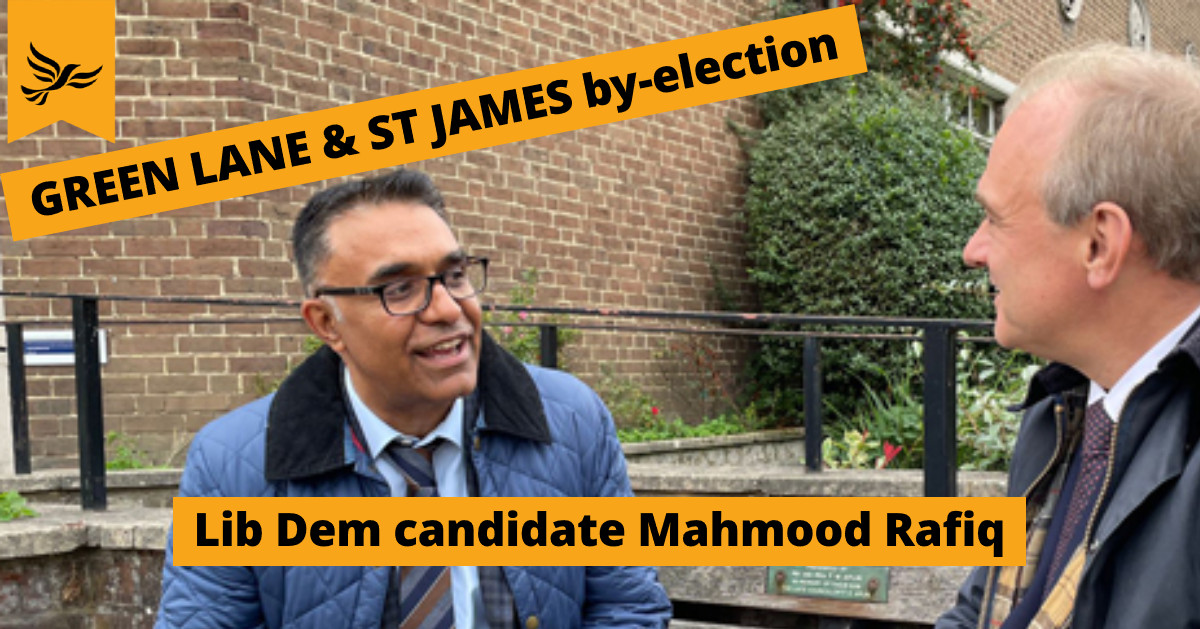 Mahmood has lived on Bodley Road in New Malden for over 12 years now. It’s where he and his wife decided to settle down and raise their family.

Below are just some of the key priorities Mahmood is already campaigning for, on behalf of local residents:

Whilst Mahmood’s two eldest children were accepted into Burlington School, lack of local school places meant his youngest was unable to join them, and is attending Malden
Manor school.

That’s why, unlike other parties, Mahmood is proud to back the Lib Dems investment in local children’s education in New Malden and Norbiton, building more school places for kids of all ages.

In speaking with neighbours and residents across New Malden, Mahmood has been struck by the amount of catalytic converter and car theft from local roads.

He’s called for both the Labour Mayor of London and Conservative Government to fund more local police, and written to local police teams to understand what further action can be taken.

Local MP, Ed Davey, has been calling on the Conservatives to fulfil their promises to deliver 6,000 new GP practices throughout the UK, which Mahmood supports.

On top of this, only the Lib Dems are campaigning for more NHS dentists after local people have be left waiting months for an appointment.

4. Sorting out the Cycle Lanes

After Transport for London withheld funds, Lib Dems have been working hard to find a fix for the Kingston Road cycle lanes, launching a review earlier this year: https://kingstonletstalk.co.uk/kingston-road-and-ewell-road-cycle-schemes

Mahmood is listening to residents and has already suggested improved signage and markings to improve safety around South Lane.

5. Helping with cost of living

Local residents are facing the biggest cost of living rise in a generation thanks to the Liz Truss and the Conservatives.

Electing Mahmood Rafiq will support the strong actions the Lib Dems are taking which will make a real difference to those who need it most: opening ‘warm banks’, discounts on council tax, more money for local foodbanks, and more.

6. Working as part of the team

From day one, Mahmood will be a key part of the Lib Dem team running Kingston Council. Working with our local MP, Ed Davey, he will be a strong voice for everyone living and working in our community – locally and nationally.

Mahmood will make sure residents are properly represented and, using his experience, continue to deliver for our part of New Malden.