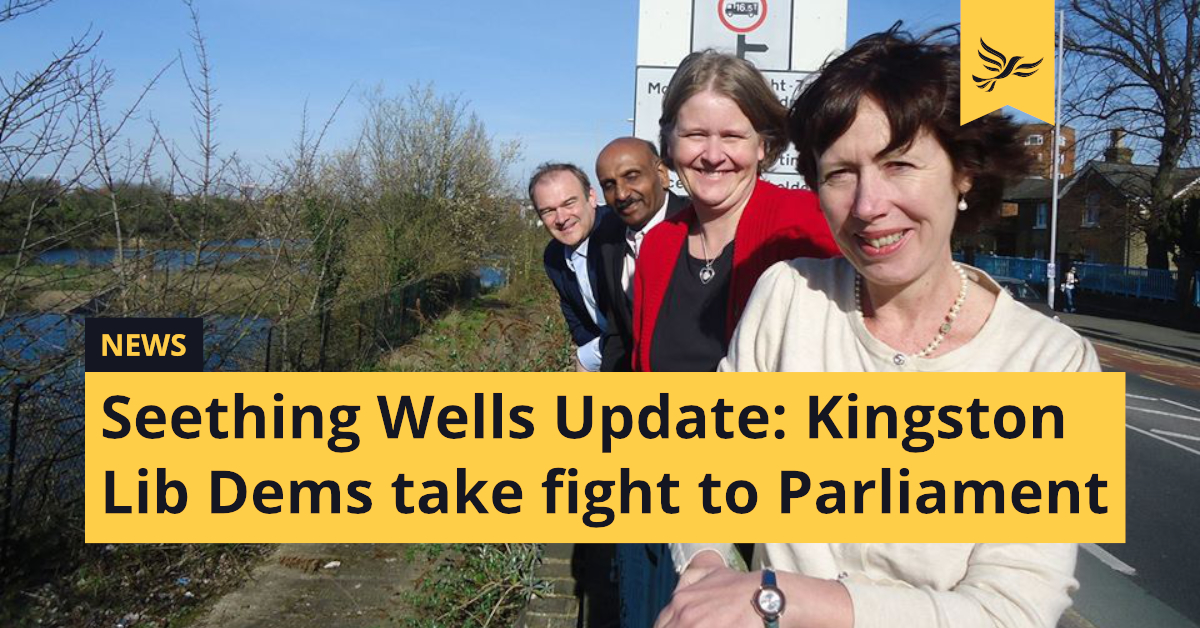 Seething Wells Filter Beds has a strong heritage, having played a key role in the fight against cholera in the 1800s and has more recently become a haven for nature since Thames Water stopped using the site. Despite this, the current owners of the site have been destroying much of the wildlife by spraying pesticides and cutting down vegetation – in spite of it being recognised as one of Kingston Council's Site of Importance for Nature Conservation (SINC).

In response, Liberal Democrat peer and Tolworth resident Lord Jonny Oates has tabled an amendment to the Environment Bill that would give local authorities the missing powers to enter and protect and local wildlife sites at risk of biodiversity loss. The bill, and Oates' amendment, are due to be debated in the House of Lords on Wednesday, 7 July.

Since taking over the Council in 2018, the Liberal Democrat administration have put tackling climate change and protecting biodiversity at the heart of their agenda. They’ve planted thousands of trees across the borough, invested in an environmentally friendly heating network for the new Cambridge Road Estate (a project that will see the largest investment in new social and affordable homes for a generation), and were in the first wave of Councils declaring a Climate Emergency in June 2019.

Lord Jonny Oates, Liberal Democrat peer and Tolworth resident, said, “The UK is facing a combined climate and ecological emergency. We have lost half of all our biodiversity, placing us in the bottom 10% of countries worldwide. The decisions we make now will have a lasting impact on the future of our planet, and the future of our borough, for generations to come. Giving local authorities the power to protect sites at risk of biodiversity loss, such as Seething Wells Filter Beds, will be key in helping the UK address this emergency."

Cllr Liz Green, Councillor for St Mark’s ward, said, “Local residents are united on the fact that current owners are destroying the Filter Beds. As Liberal Democrats, we want to see the site become a nature reserve, to protect the sites’ vital biodiversity and celebrate its important role in the fight against cholera.

“We've been fighting against developments that would hurt the biodiversity of the site for two decades now and we’ll continue to do that. However, getting Parliament to grant Kingston Council the powers needed to properly protect Seething Wells will make our fight that much easier.”

Ed Davey MP, Kingston & Surbiton, added, “Liberal Democrats believe that communities should be empowered to make decisions about things which affect them – including how we protect biodiversity and tackle the climate emergency. Lord Oates’ amendment does just that and it has my full support.

“However, all of our work is at risk from the Conservatives’ new planning bill, which would see developers let loose and able to build over important environmental sites within the borough, including Seething Wells. I, and other Liberal Democrat MPs, will continue to oppose these changes and ensure that local communities are not cut out of the planning process.”