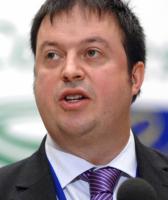 He is particularly angry at Boris Johnson for making the fare announcement on the day of the Chancellor’s Comprehensive Spending Review -- effectively ‘burying’ the bad news for Kingston commuters.

“One again the London Mayor’s fare hikes have disproportionately hurt Kingston residents. Boris doesn’t give a monkeys about local people who rely on bus journeys and daily Travel cards for travelling in outer-London.”

Whilst inner London Tube fares rise by just 5½% from January next year, the Mayor is effectively increasing the cost of an all day Travel card and Pay as You Go Oyster Cards for Zone 6 Londoners by up to 67%.

“I am disgusted that he has buried this unfair price hike on the day of the Comprehensive Spending Review -- shying away from some much deserved criticism.”

Headlines from the Mayor’s 20 October announcement include: