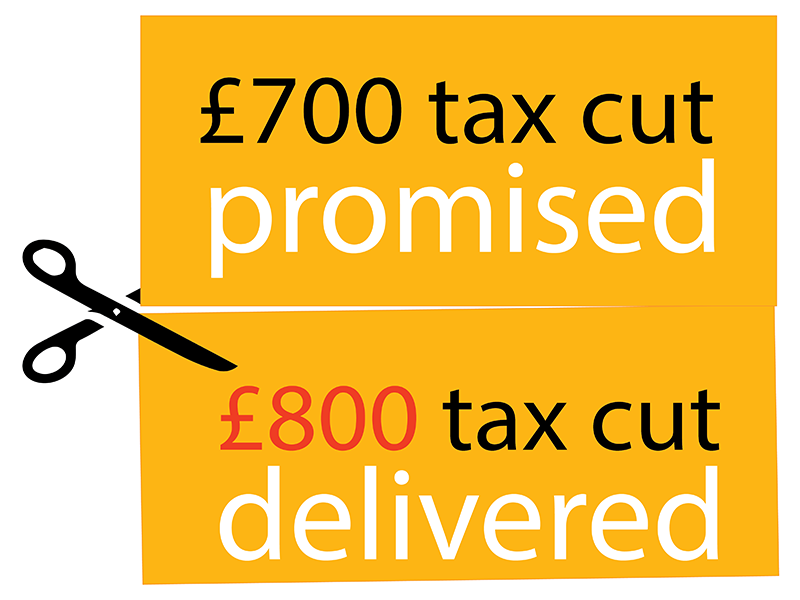 The Budget has confirmed victory for the Liberal Democrats in our campaign to deliver an £800 tax cut for people on low and middle incomes.

Cutting income tax by £700 – by raising the tax-free allowance to £10,000 – was the top priority on the front page of the Liberal Democrat manifesto. That comes into effect next month and the Budget today has confirmed that the Liberal Democrats have now been able to go even further. The tax-free threshold will rise to £10,500 next year, giving a tax cut of £800 for 25m working people since 2010.

Liberal Democrat policy is to continue to increase the threshold in the next Parliament to £12,500.

The Liberal Democrats have fought for rises in the amount of money that people can earn before paying income tax right from the start of the coalition. We have already delivered an increase to £10,000 by April this year. That gives millions of tax payers a £700 tax cut.

We’ve been campaigning for months to go even further and we’ve been successful. The personal tax-free allowance will rise to £10,500 in April 2015 which will give millions of taxpayers another £100 tax cut taking the total tax cut in 2015 to £800.”