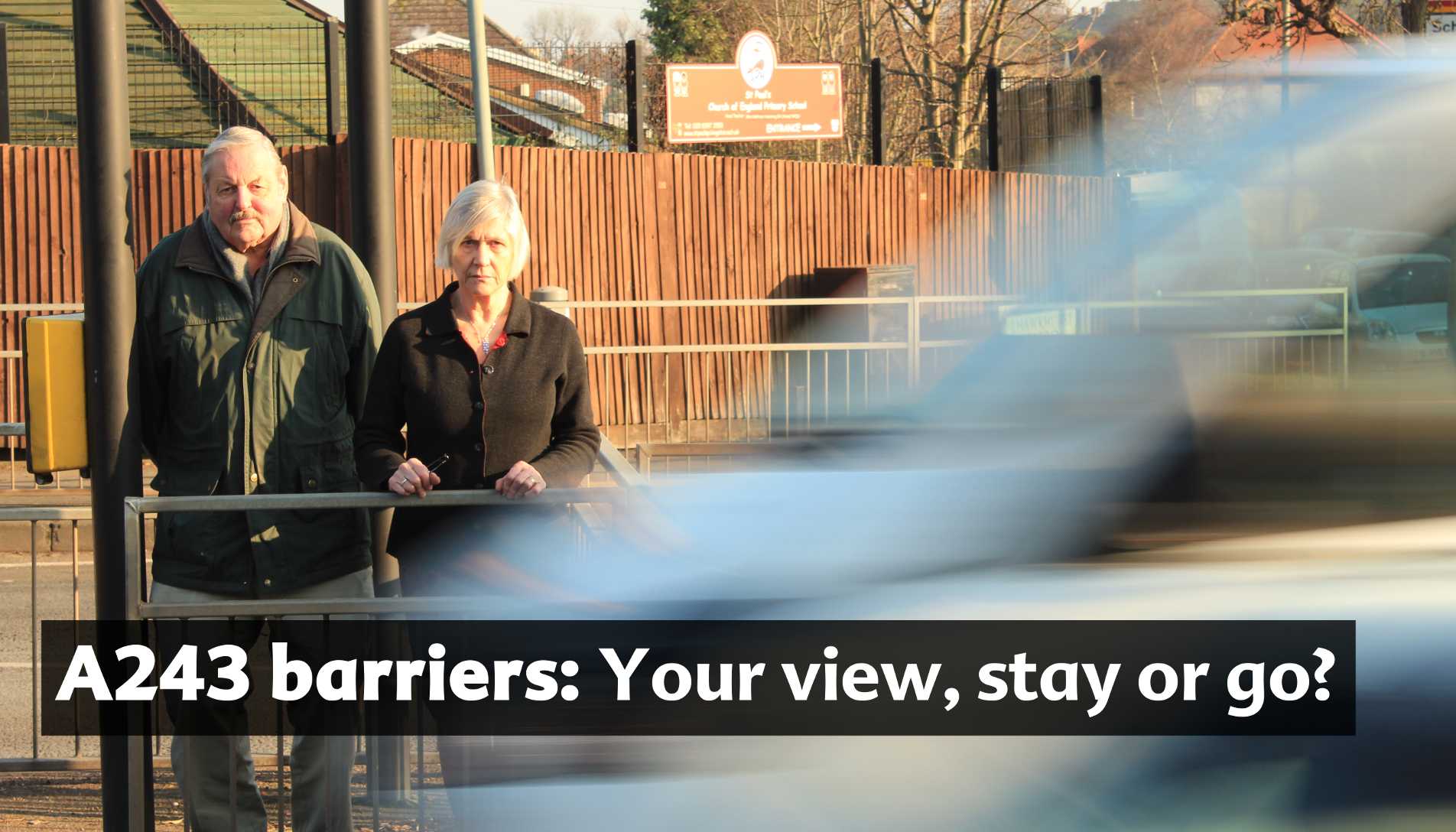 Plans by Transport for London (TfL) to remove railings and barriers along the A243 - the Hook and Leatherhead Roads - have alarmed residents.

Many are worried about road safety, with St Paul’s school and a preschool at the Parish Hall right by this busy fast road. Local Liberal Democrat Councillor, Margaret Thompson, has contacted TfL on behalf of local people and has won a reprieve.

“They’ve agreed to delay the removal works to allow for proper consultation. So we now want to hear from you,” added Margaret.

“As your councillors, we are not convinced by TfL’s case,” said Lib Dem Clive Chase. “We all know how traffic speeds on the A243, often well above the speed limit. The barriers provide protection and safety. To remove them along this stretch of road we believe is not in the best interests of pedestrian safety. Roads are not just for cars!”

TfL is proposing to remove railings at all pedestrian crossings, and at Hook Parade and Bridge Road roundabout. “At a time of budget cuts, we also think it’s a waste of money,” said local Lib Dem Cllr Margaret Thompson.

We want *your* views to pass on to TfL. Tell Clive and Margaret what you think!

Should the barriers be removed? Share your thoughts in the comments box below.

(or email the local Lib Dem team at [email protected])