A3 electronic billboards - what's your view? 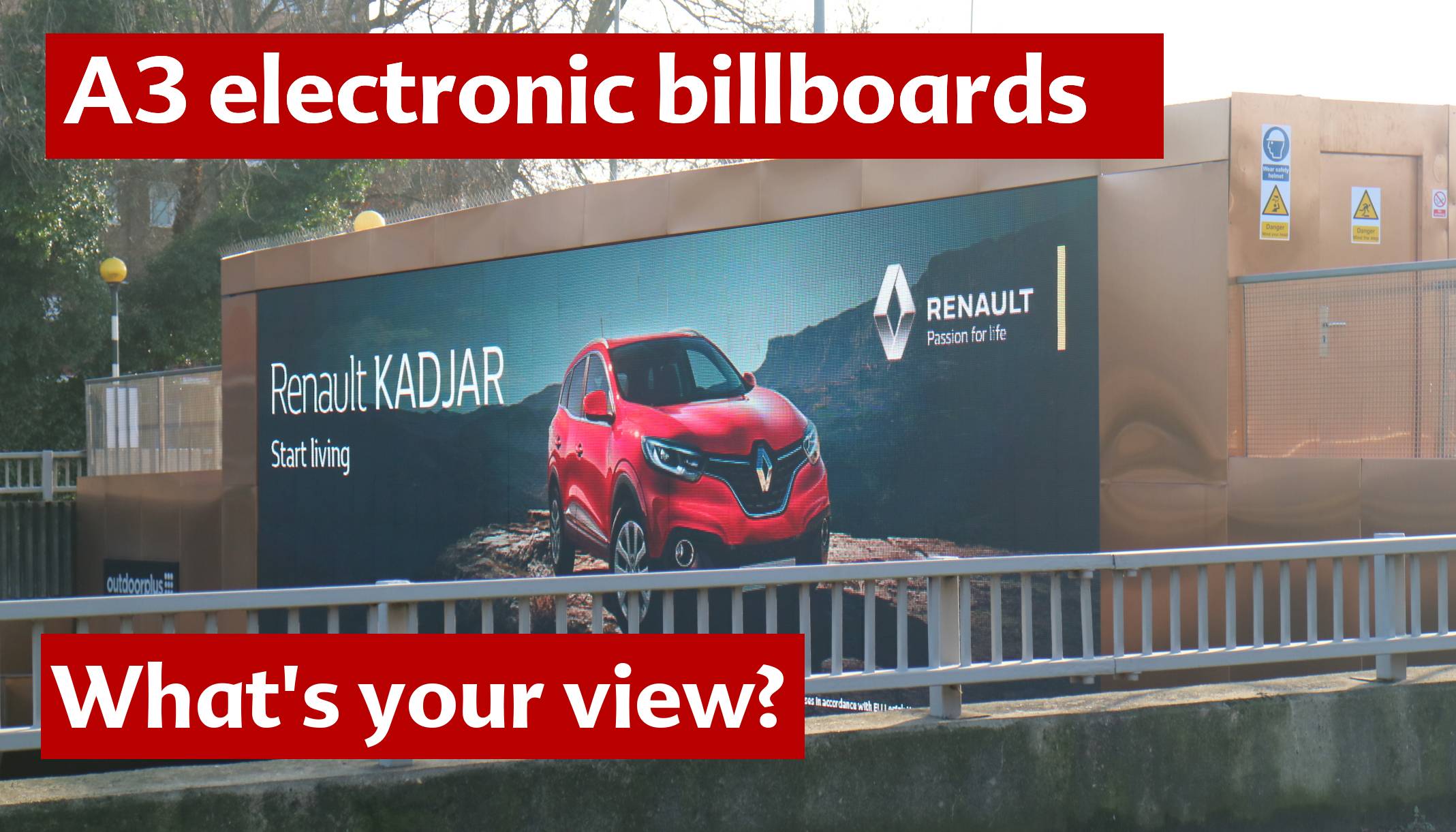 The new electronic billboard above the A3 underpass on Malden Way has sparked a large number of complaints - with people alarmed about the distraction to drivers and night-time light pollution.

These hoardings appeared two months ago, but were approved by the Conservative-controlled Maldens and Coombe Planning Sub Committee on 16 October 2014.

One driving instructor told the Lib Dem Focus Team it was particularly a problem for learner drivers.

“We have let the police know our concerns, but wanted to gauge opinion more widely,” added Simon James. “The copper effect surround reflects the sun and drivers at the roundabout sometimes can’t see pedestrians and cyclists approaching the crossings.”

What are people saying?

They serve one purpose: To distract the attention of drivers on tightly packed three lane carriageways travelling at 50mph. Get rid of them. https://t.co/moUS9lDAJ3

@KingstonCycling yes they do. As you approach the crossings the cars have no visibility of you until the last second

@KingstonLibDems where to start?!Totally distracting for drivers. Dangerous for slip road as can't see if anyone is about to cross the road

What do you think? Should the electronic billboard be removed? Just toned down? Or turned off at a reasonable hour? Share your thoughts in the comments box below.

(or email the team at [email protected])