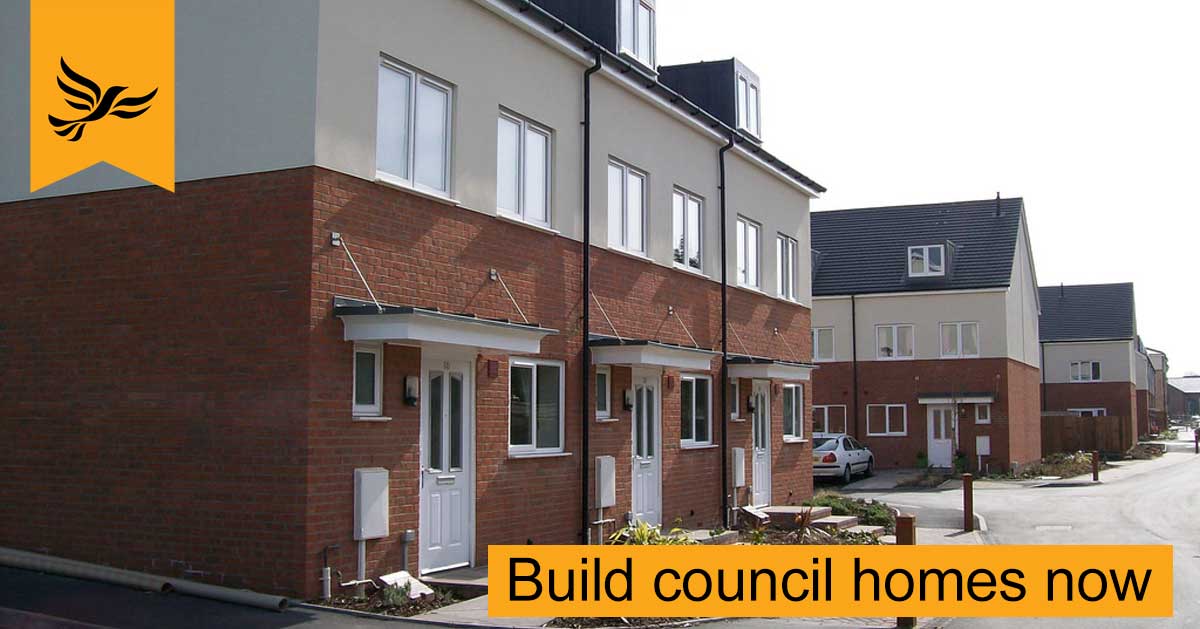 Currently, local councils are capped on borrowing to build much-needed homes, but not capped to make investments in commercial property. The Chancellor announced that councils will be able to bid to increase their own borrowing to build new council homes, rather than making it available for all Councils.

Commenting on the announcement, local Lib Dem Councillor Liz Green said, “The Chancellor could, and should, have made finances available for more council and social housing. I certainly hope the local Tories, controlling Kingston Council, will bid to borrow the money to build homes, but making one Council fight against another, is not the right way to actually build more affordable homes.”

Some developers gain planning permission, but years later there is still no progress on building them. Councils are limited on what they can do to make developers build.  Rather than act, the government is fudging the issue and setting up a review panel, chaired by Sir Oliver Letwin.

Councillor Liz Green added, “Kingston has sites that have planning permission granted years ago, but nothing has been built by the developer. Whilst we welcome the potential to make compulsory purchase easier, we needed this Conservative Government to act now on getting homes built, not rhetoric.”

No guarantee on Crossrail 2

The Chancellor also announced a consultation on minimum densities around transport hubs.

Councillor Liz Green noted her concerns, “I’m concerned that Government will force highest density and taller buildings around our stations even though Crossrail 2 may never happen or be delayed decades. This Conservative Council already seems hell bent on overdeveloping our suburbs, and this may mean that our family housing is overshadowed by tower blocks.”