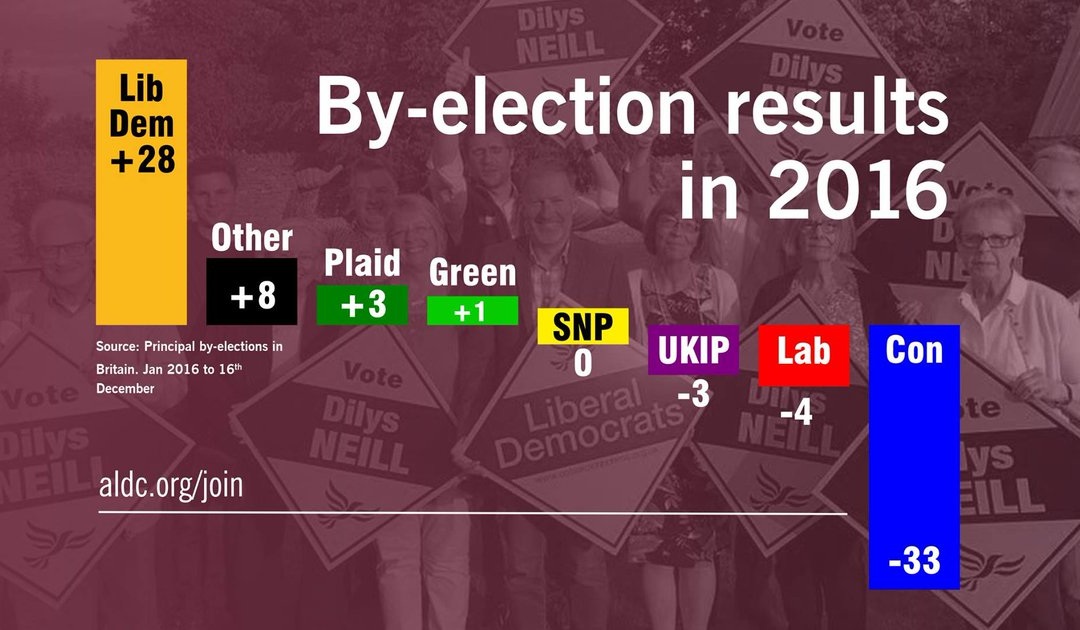 Last night, the Liberal Democrats won another three council by-election victories with huge swings from the Conservatives - securing the party's best ever year for by-election gains.

Complementing Sarah Olney's victory in the Richmond Park by-election, the Liberal Democrats have gained 31 seats in local authorities across the country this year.

The net gain of 28 seats surpasses the previous best of 27 gains, which were made in 2002.

The by-election wins have seen the party win seats from Labour, the Conservatives, UKIP as well as independents.

Last night's three victories saw the party win seats from the Conservatives in the South West of England, in Teignbridge and Taunton Deane, all with huge increases in our share of the vote.

28 gains is a stunning result and reflects the hard work our local councillors and local parties put into our communities.

The Liberal Democrats are winning again - we are making gains in local government, and winning parliamentary by-elections too.

After the 2015 election, our leader, Tim Farron was clear that the Liberal Democrats would redouble our efforts and fightback - and that wouldn't be just in Westminster.

As we are seeing communities across the country are backing the Liberal Democrats who are now the real opposition to this Conservative Government.

We are fighting to keep Britain open, tolerant and united - and people are backing us.

Thank you to everyone who supported Ed Davey, Sarah Olney and the Liberal Democrats.