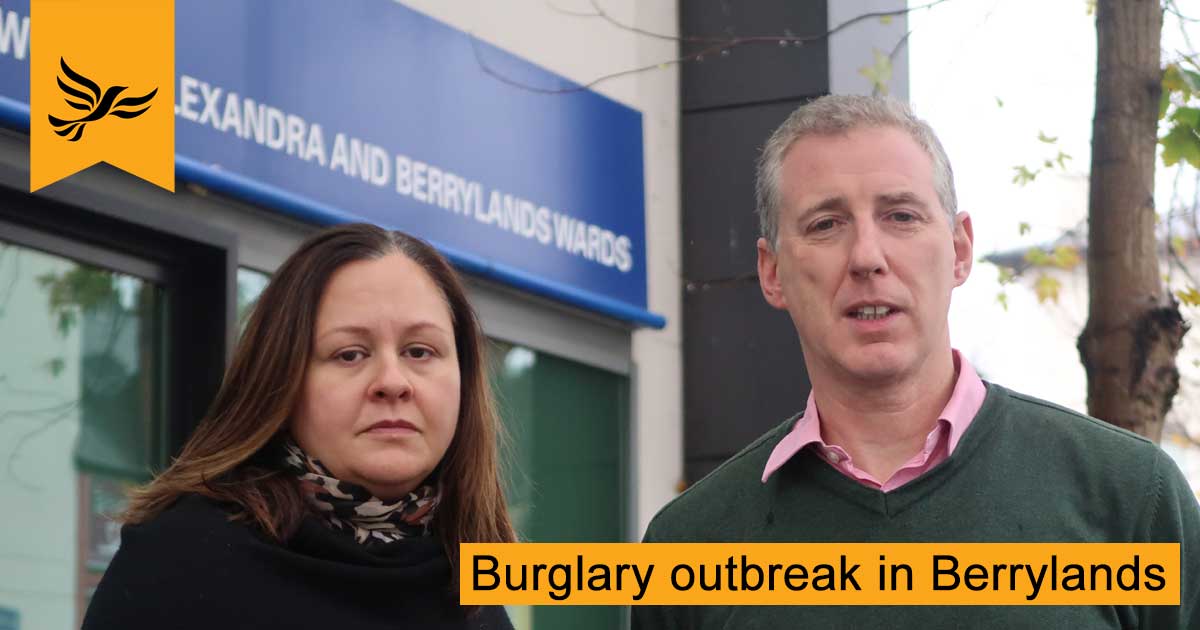 The number of home burglaries in Kingston has shot up by almost 45% in the past year according to the Met’s own official figures.

In Berrylands alone, 54 burglaries have been reported from January up to August.

With police budgets slashed and over 40 police officers gone from Kingston since 2015, local campaigners are calling for an end to the cuts that are hitting Kingston so hard.

Local campaigner Anita Schaper said, “There has been substantial pressure on local police forces which has to end. We are calling for more bobbies on the beat, not fewer.”

“The Focus Team will continue to campaign with our MP Ed Davey against these cuts.”