Tory Leader off to Cannes at council taxpayers' expense 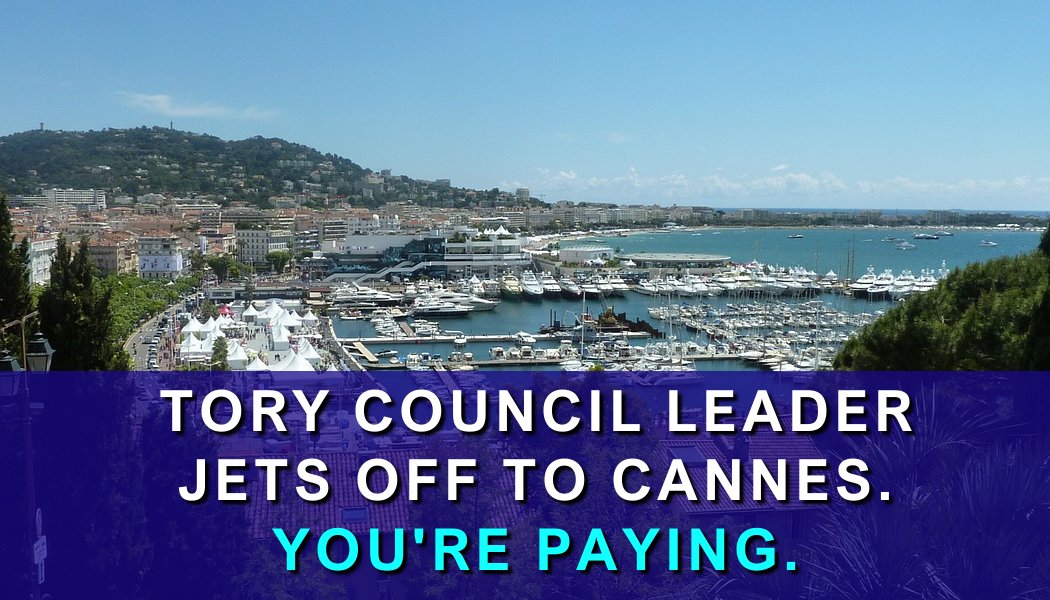 Just fifteen days before the Tory Administration is expected to unveil a Council Tax rise, the Leader of the Council, Councillor Kevin Davis, is booked to attend MIPIM – an international property market conference on the French Riviera. The confirmed bill for the Leader to attend the shindig and meet property developers is £4,014.

Appalled that the conference costs will be passed on to the tax payers in the borough, Councillor Liz Green, Liberal Democrat Leader of the Opposition said:

“This is not a good time to be clinking glasses in the South of France! I think Kevin Davis should be sorting out the budgets problems in the borough rather than attending this conference."

"Kevin Davis' free trip to Cannes is nothing more than a jolly for developers and again it raises more questions about the 'cosy' relationship between developers and the council."

Indefensible at time of deep cuts

"Kevin Davis told us the Conservative Government’s budget settlement was the worse that he could possibly have expected. Now Kevin Davis is cutting youth services and putting up Council Tax by 2%, which breaks the Tory manifesto promise to freeze Council Tax. I don’t see how he can trumpet the conference or defend this trip.“ 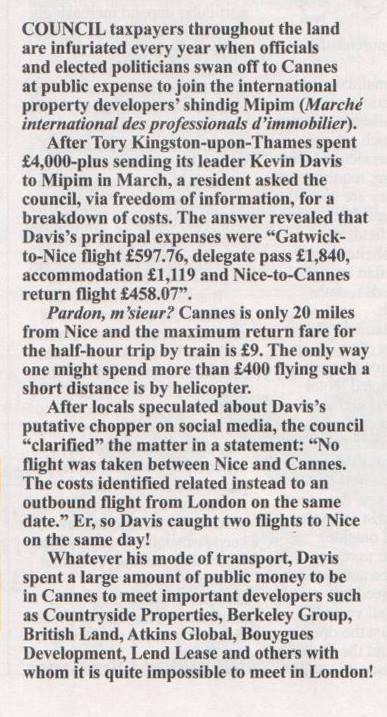