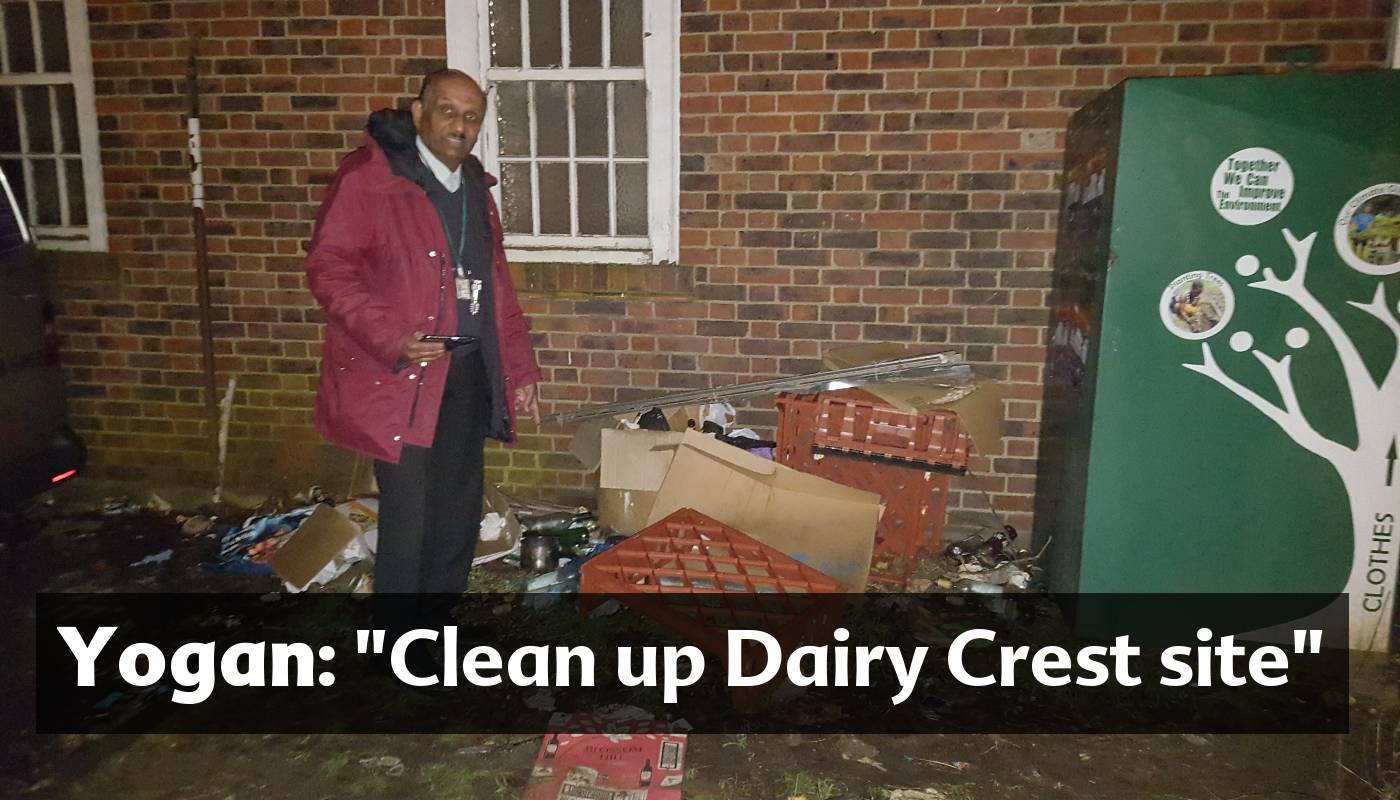 Surbiton Lib Dem councillors have been in touch with the owners of the Dairy Crest site on the corner of Villiers Avenue and Lower Marsh Lane, as many people living nearby have complained about the increasing amount of rubbish on site.

“When we were out talking to residents in the area, the state of the site kept coming up as a concern, so we have written to the developer insisting they should clean it up, says Lib Dem Councillor Yogan Yoganathan.

“We know that once fly tipping begins, it attracts more, so it is important the key site is kept clean.” We have also asked for timescales of when work on the new housing will begin and will let those living nearby know when we get details.