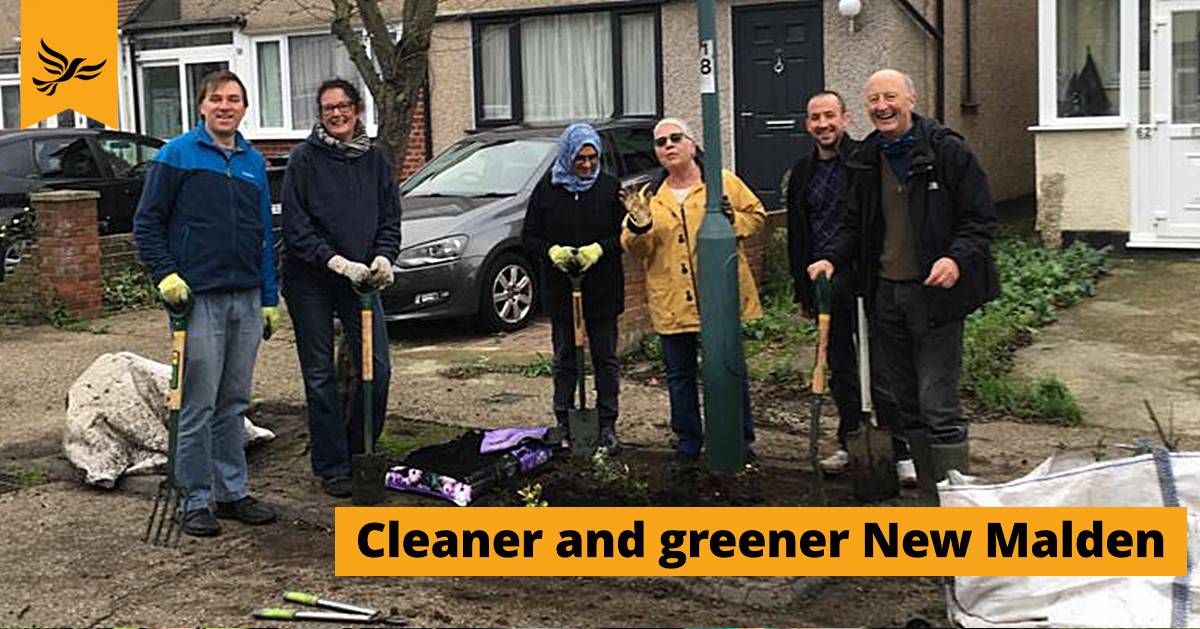 Supporting a group of residents and 1st Malden Scouts, local Lib Dem Councillors joined in a ‘clean up and plant day’ in the Home Zone near the Fountain.

Your local Lib Dem Councillors have made making New Malden a cleaner and greener place to live - a major priority since taking over the running of Kingston Council last year.

Councillor Annette Wookey said, “The weather was great and so was the turnout with 30 people joining us.”

“We did a thorough litter pick of the area including the Cromwell open space, and cleared and planted several of the overgrown beds.”

Kingston Council is delivering on new street trees in the area to tackle air pollution and return New Malden to its leafy suburb. You may have already spotted some of the trees being planted along your roads. 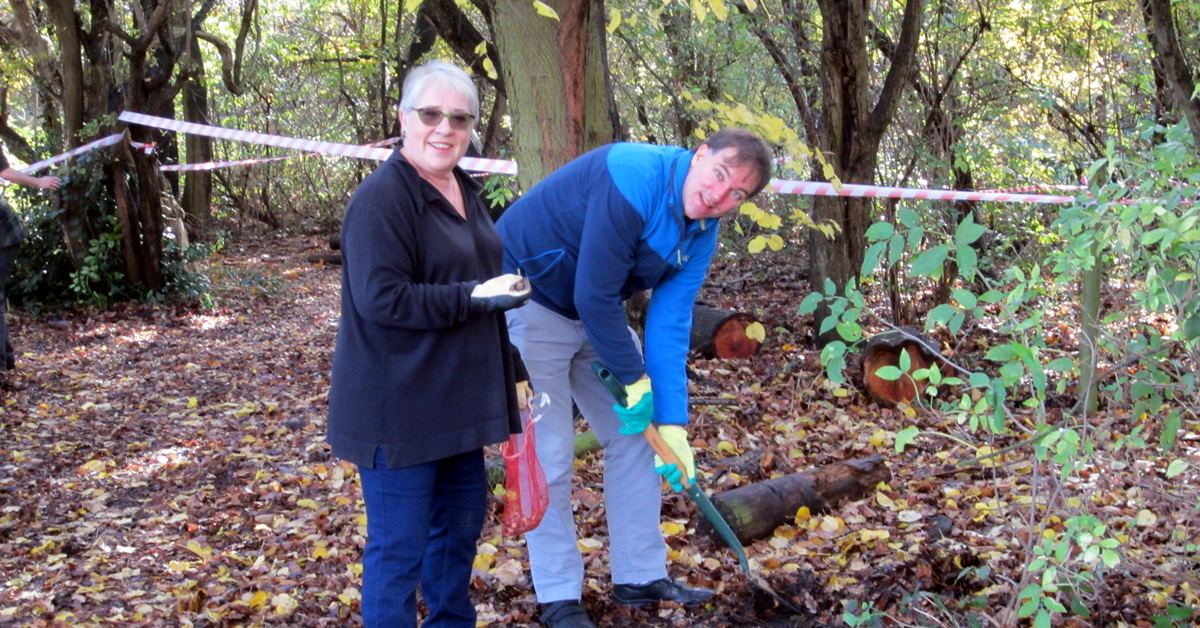 In addition, if you head down to Manor Park, you can see the work Friends of Manor Park have been doing to improve the park with lots of new bulbs, paths and wild garlic.