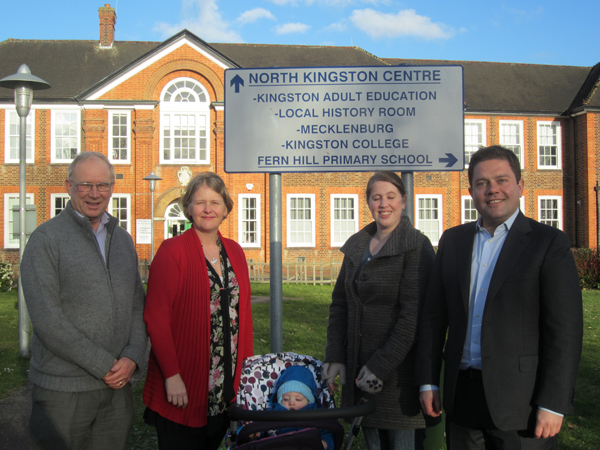 The education of our children overrides political point scoring and Liberal Democrats are very pleased for parents and children that the Kingston Academy will be opening in September. What is lamentable, however, is the news the new Free School would not be able to open on time without help from the Local Authority to the tune of £600,000 for portable classrooms.

Free Schools, by definition, are state-funded and not controlled by the Local Authority; they are funded separately by the Secretary of State. Liberal Democrats secured the School site during their Administration and since being in Opposition have been campaigning to ensure the School would open in time this September.

“Only six months ago, Conservative Councillor Andrea Craig reported to Council the School would open on time in September and that they would be using the existing building. I have to question why Kingston Council is paying £600,000 from local budgets that could be spent on other local things for temporary portable classrooms for a School that will not be run by RBK”

“The underlying problem is that the Conservative Administration, despite all their promises to open on time, was NOT on top of financial negotiations OR the planning application. Council Leader Kevin Davis is putting the blame at the door of the Education Funding Agency whilst the Lead Member for Children says its due to factors entirely beyond the control of everyone!”

And now an aftershock is emerging from Guildhall. It seems Councillors signed a procedural Standing Order 32 to act urgently without a committee decision to buy the portable classrooms costing £600,000. The rules for Council’s Standing Orders may have been broken, however, as the Chair of Children, Youth and Leisure Committee, Councillor Andrea Craig, did not report this to the next committee held only a few days after she had signed the SO32.

Lib Dem Councillor Tricia Bamford asked a question about the signing of the SO32 at the Children, Youth and Leisure Committee. Cllr Bamford said,

“Councillor Andrea Craig was clearly embarrassed. She happily authorised the £600,000 spend but then chose not to report it to the Committee. I questioned her about this at the end of the meeting and was told it would be reported in September!”