Conservatives and Labour vote to take £1 Million from local schools 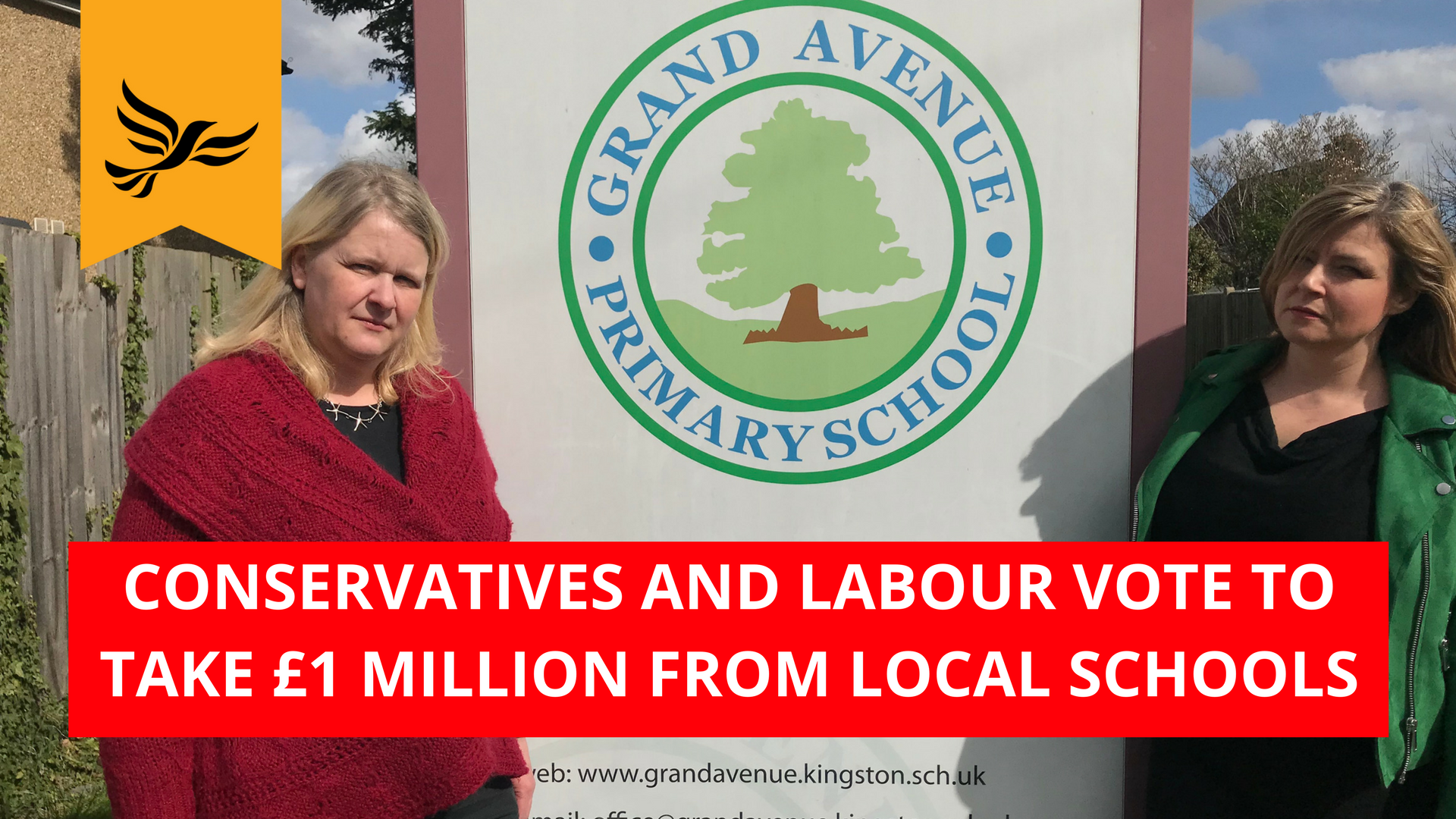 Leader of the Liberal Democrats on Kingston Council, Liz Green said: "I cannot believe that Conservative and Labour Councillors want to take an extra £1million from our already struggling schools."

Conservative mismanagement of the budgets for children with special educational needs means that the Kingston’s dedicated school grant budget is now £12million in deficit - from £2million in surplus in 2014. To recoup their overspend they are raiding money from our local schools.

Liberal Democrats want to take the £1million from council reserves, to protect schools budgets, but all Conservative and Labour Councillors voted it down. "It is not right that our children's education should suffer due to their incompetence".

The list below shows the amount of money each school in Kingston will lose this year due to Kingston’s Conservative and Labour councillors.

N.B. A few schools will not lose extra money by the local raiding of funds, because they are already losing enough funding through the Conservative Government’s move to National Funding Formula, so are described at ‘on the floor’ for Minimum Funding Guarantee.