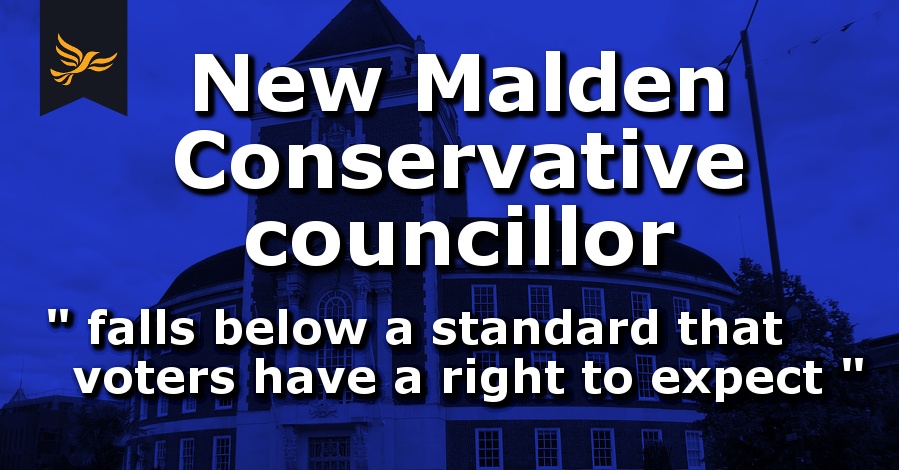 A New Malden Conservative councillor “falls below a standard that voters have a right to expect” according to his own Kingston Conservative leader.

The Councillor Recall system requires a third of voters in the ward to sign a petition to remove the Councillor.

Under these new recall proposals, voters in Kingston would be able to do something about it; to kick them out of office and have a fresh election.”

"Now one of his own Group, a fellow Maldens councillor, falls below this standard, surely he must ask for Cllr Patel’s resignation?” - Cllr Liz Green

“We now expect the Conservative Leader to take action as he was very clear in his speech that our residents deserve Councillors who will undertake the role to which they have been elected.

"Now one of his own Group, a fellow New Malden councillor, falls below this standard, surely he must ask for Cllr Patel’s resignation?”

“Personally, I think the Conservatives should do the right thing and Cllr Patel should resign otherwise it just makes a mockery of the Recall system that Councillor Kevin Davis introduced.”

Find out more about our work. Sign up today: