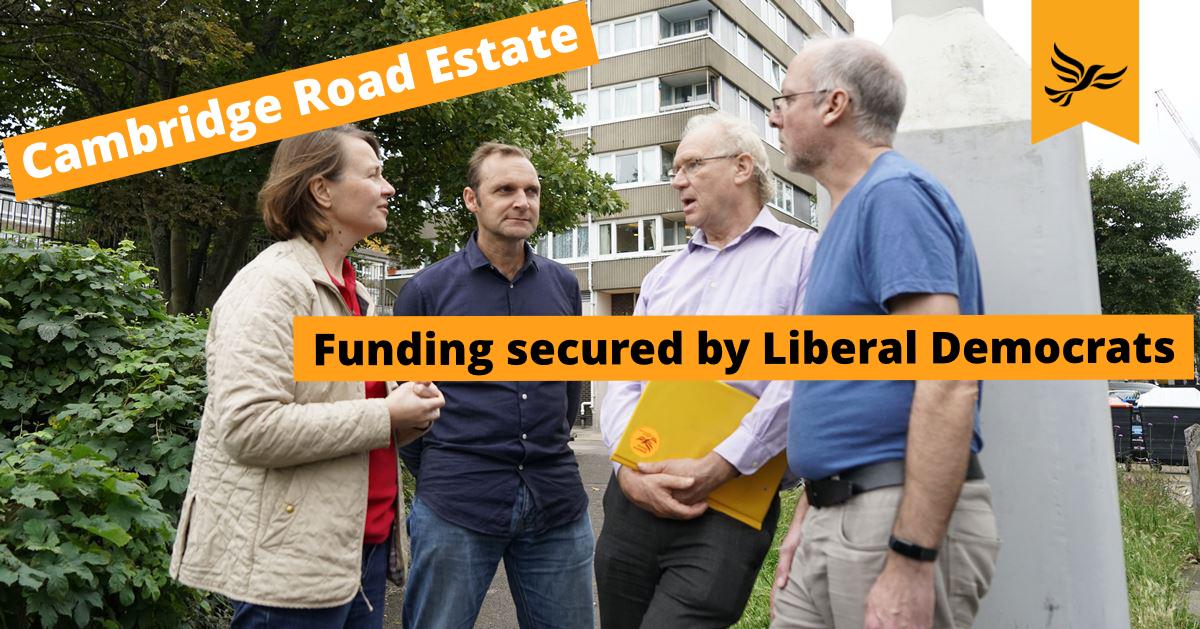 The Lib Dems applied to Mayor Sadiq Khan to provide more money to increase the number of social housing homes on the estate as part of the site's proposed regeneration. Kingston's previous Tory administration, which launched the regeneration project without consulting estate residents about whether they wanted it to proceed, had merely intended to build the same number of council homes on the estate as there are today.

“This is a major win for the residents of Cambridge Road Estate and for the Lib Dem Councillors who support them,” said Emily Davey, Norbiton Councillor & portfolio holder for housing on Kingston Council. “The previous target from the Tories was an insult to the people that call Cambridge Road Estate their home, and for the many Kingston residents waiting for Council-provided housing.”

“The Local Election in May, when Norbiton residents voted for three Lib Dems to replace the two Labour (and one Lib Dem) Councillors, gave us the mandate to serve our residents and neighbours the way they truly deserve” Davey continued.

“We've already put in place a ballot to give estate residents a final say on the regeneration project. By securing more funding for more council homes, we are showing how we want to make Norbiton better, together.”