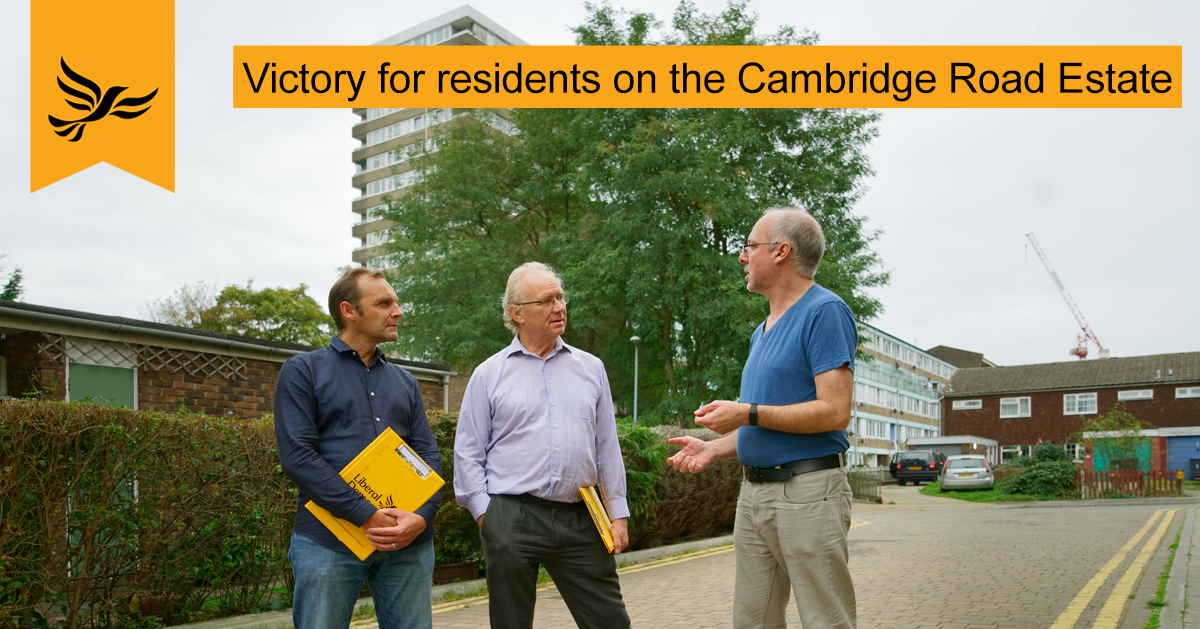 Resident groups, with the support of local Liberal Democrats, have helped residents on the Cambridge Road Estate secure a major victory from Tory-led Kingston Council over its plans to regenerate the estate.

With the help of Liberal Democrat councillor Bill Brisbane and activist Olly Wehring, resident groups have pushed the council to reconsider its policy that would have left the estate’s social- housing tenants without an independent appeals process and its leaseholders and freeholders with no appeals process at all.

“The Council is giving residents who play by the rules less right of appeal than what has been termed the neighbour from hell”, said housing solicitor and local campaigner Emily Davey.

Earlier this month, however, the council agreed to a Lib Dem proposal to reconsider the fairness of the current policy.