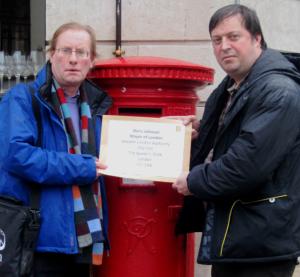 Kingston’s Executive Members for Planning and Transport have welcomed a cross-party report criticising the funding of the Crossrail project.

In ‘Light at the end of the tunnel: the construction of Crossrail’ the London Assembly Transport Committee raises its concern that the capital has been “burdened unfairly” with over half of the cost of the £16 billion rail link, when it is estimated to generate £22 billion for central government over the next ten years.

Cllr Bob Steed, Kingston’s Lead Member for Transport said: “The London boroughs are being charged £8billion in future fares and in supplements on business rates to pay towards the cost of a railway line north of the river which connects Berkshire to Essex.

“This GLA report condemns the fact that the capital is paying ‘more than its fair share’ while eight of the scheme’s 37 stations outside the Greater London Authority boundary, so those areas have been exempted from contributing to the scheme’s costs.”

Cllr Simon James, Executive Member for Planning added: “Page 16 of the report mentions the lobbying Kingston has done to oppose the injustice of imposing a flat rate charge on businesses, schools and public services, irrespective of the benefits they will receive from the North London railway line.

“The cost of this new railway should fall on the companies and people who live near and will use Crossrail - not on the schools, public services and Council Tax payers many miles away in Kingston.”