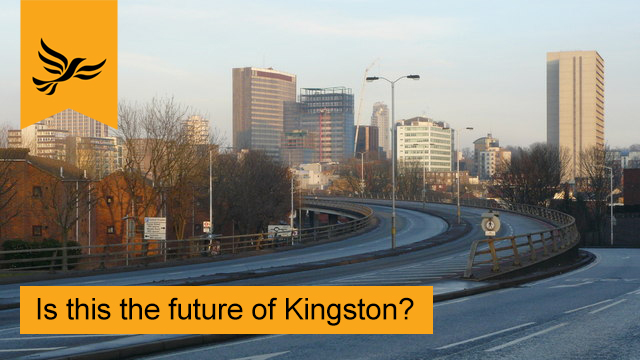 Kingston’s Tory-led Council is pushing through controversial plans which will make Kingston more like Croydon as it develops plans for large areas of intensive development.

There have already been a number of planning approvals given for tower blocks across Kingston Town Centre, such as the Old Post Office site and Eden Walk in Eden Street with more planned including at Surrey House and Hippodrome. Now there is a planning application for a fourteen storey block and intensive development at Canbury Business Park, adjacent to two storey Victorian houses.

Liberal Democrats are demanding more affordable, sustainable development in and around Kingston town centre whilst protecting our unique heritage. 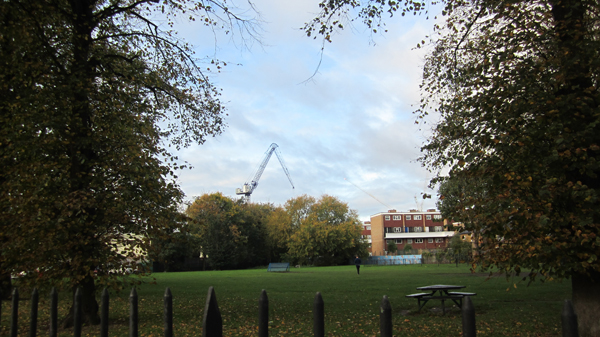 How much longer will the skyline look like this?

Local champion Fiona Boult said, “Next year’s council elections will be the last chance to stop the Croydonisation of Kingston.”

October 2016 - Senior Tory admits mistake: “I should have set a maximum height for new Kingston developments”