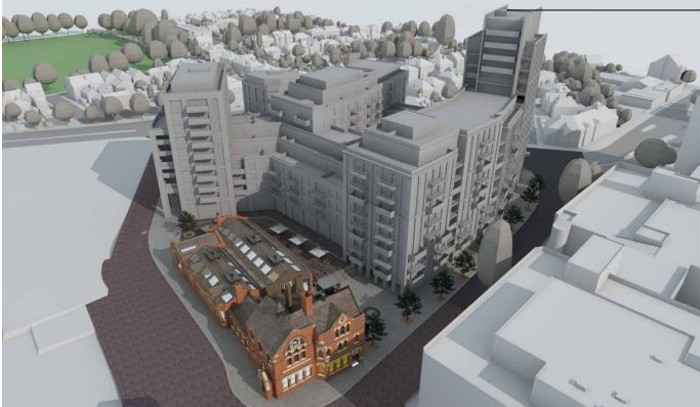 The Lib Dem motion on the Eden Quarter Development Brief was discussed at Full Council this week. A deputation was also heard from the non political group, Kingston Residents Association, who were in support of the Lib Dem motion and also raised their own concerns.

2. to set up a review of the Eden Quarter Development Brief, the review team should involve local residents; and

3. to consult with residents before it is approved.

Rejecting the motion, the Conservative Administration used their political majority to vote through their own resolutions, that the Lib Dems now believe, will see the debate kicked further into the long grass. At times the discussions became heated and ill mannered; with a Tory Councillor called the Lib Dem motion a form of “scaremongering and pathetic.”

“We tried to get our changes into the Development Brief back in February but the Tories voted against us. Asking again for a Tall Buildings special policy document to set a maximum height which is a maximum height and not a guideline is reasonable as is calling for a review of the Eden Quarter Development Brief. Sadly the best the Tories could come up with is to say they will deal with the issues in their Local Plan which they have not yet started.”

Under Conservative Government policy, Local Plans must be in place by 2017 and will replace the suite of documents prepared under the Local Development Framework. Kingston now has to identify key sites critical to delivering housing in line with David Cameron’s announcement to deliver one million homes by 2020. The Plan will set out a spatial strategy that identifies where the needed growth will be accommodated which could include an area of intensive development within a Kingston Opportunity Area.

Lib Dems were accused of scaremongering, of raising red herrings and trying to wreck the work done with City Hall for asking about the boundaries proposed by the Conservatives for an Opportunity Area in Kingston when it was discussed at committee in May.

"The three points in our motion were very specific and during the debate, I made it clear that providing homes for all is a very important issue. As the Local Plan develops, Lib Dems must now make sure it involves local people who must have a say on where developments go and what they look like. Sadly it might just be too late for some of Kingston Town. “