The terms of reference being put forward by the Conservative Administration will see not only a reduction in Liberal Democrat Opposition places (from two Members to only one), but Resident Associations would lose their votes all together.

Discussed by Housing Consultative Committee last week, a decision is now due to be made at Adults and Children’s Committee this Wednesday. The report highlights “far reaching Government housing policy changes that will have a significant impact on social housing in Kingston" and mentions the need to “strengthen resident input into council decision making” as reasons for the new committee.

Liberal Democrats are not against a Housing Sub Committee, but are against the reduced membership. 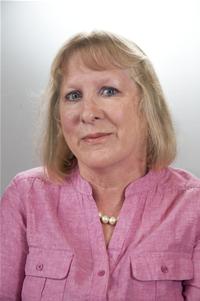 “The Conservatives speak about strengthening resident and Member input into council decision making but they put in place policies that are quite the reverse.

“We currently have two Members on the Housing Consultative Committee and given the Committee’s overall responsibility for the Council’s housing functions, including council housing, homelessness, allocations and standards of housing I think we need more Liberal Democrat Opposition councillors on it, not fewer.

“Moreover, when you consider the Estate Regeneration programme, with all the responsibility that carries to our residents and leaseholders, this Committee should have resident representation with voting rights to do a proper job."