Local councillors get stuck in 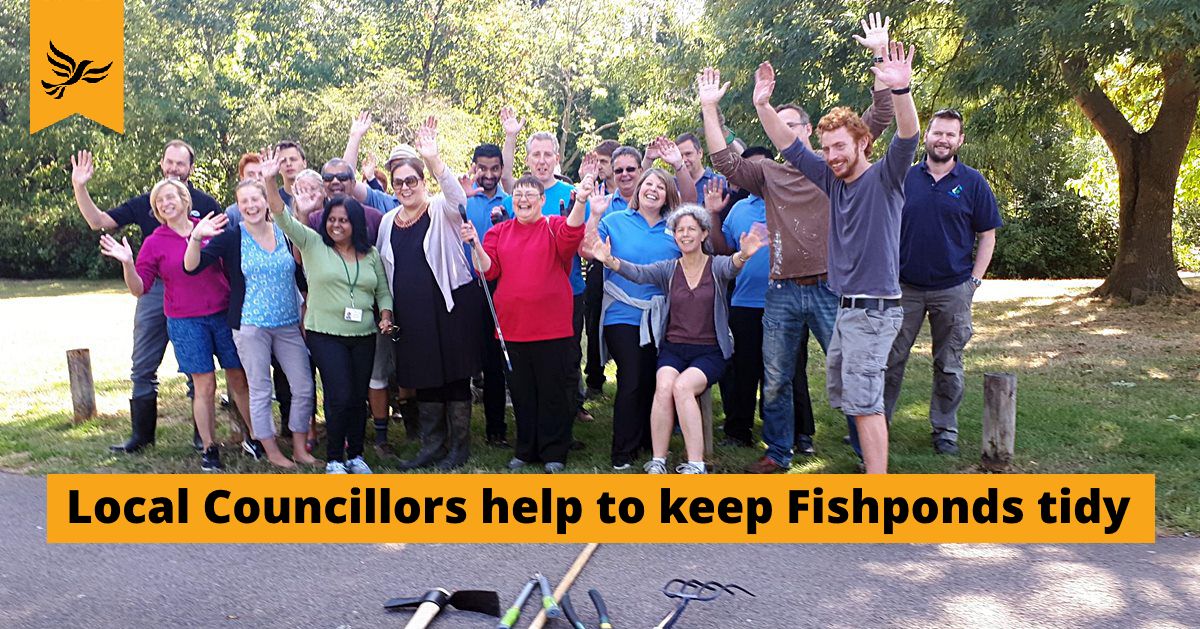 Local Councillors took part in a "Friends of Fishponds" clean up to help to keep Fishponds Park tidy.

“A big thank you to all those who have so far helped with the clean up operations at Fishponds Park — this is a great community initiative which ensures the park’s future as a place for everyone to enjoy for years to come,” said Berrylands Councillor John Sweeney.

Volunteers are now creating a Friends of Fishponds organisation to work with local councillors on improvements. Plans include restoring the pumping system to Fishponds and streams that benefit local wildlife and restore a much loved feature of the park.

Cllr John Sweeney added: “It's easy to get involved and help out around the park. Events are announced on Twitter and Facebook. Visit Fishponds Park, Surbiton @FishpondsSurb or http://www.facebook.com/pg/FishpondsP. Everyone is welcome.”