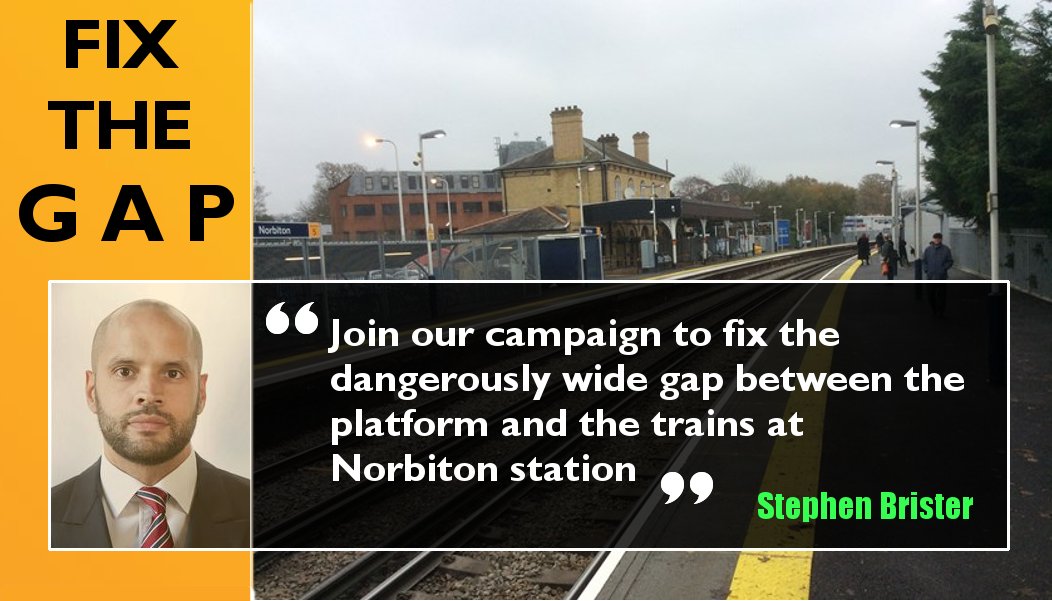 Anyone who uses Norbiton Station will know about the dangerous gap between the train and the platform. Mothers with small children and older people, in particular struggle to get on and off trains daily.

Join our campaign to persuade South West Trains and Network Rail to address the dangerously wide gap between the platform and the trains at Norbiton station.

Petition Closed - thanks for your support

“Thank you to everyone who has signed up so far. If London Underground can build ramps at tube stations - why can’t South West Trains do the same at Norbiton station?

People are being put off using the station because of the gap and there have been accidents too. Please back our campaign.”