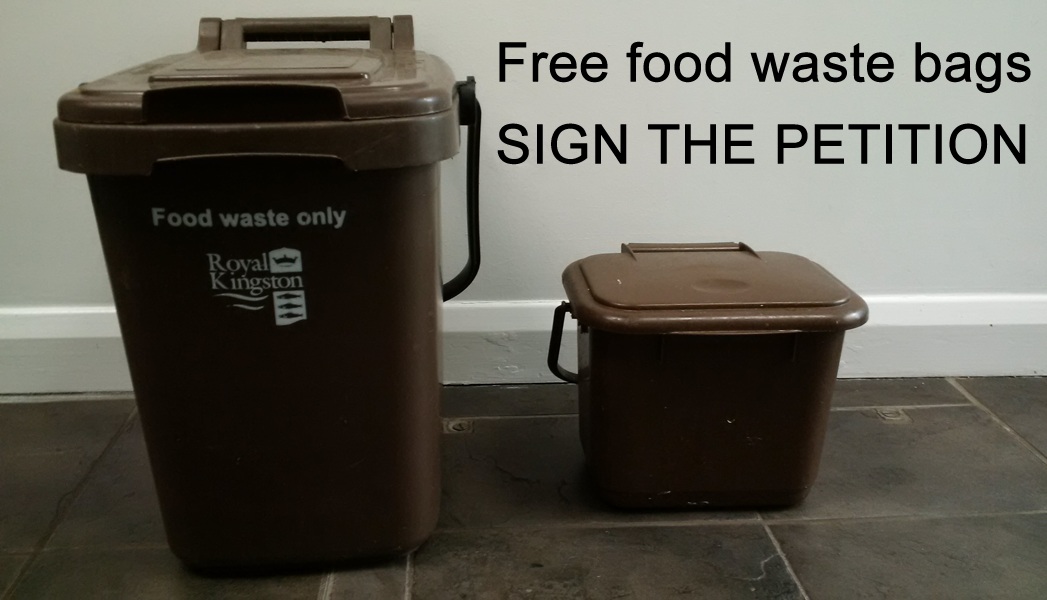 “Thank you to all those who have signed our online petition to reinstate free food waste bags.

We know, that since they were cut and we have had to buy our own, there has been a significant decline in the amount of food waste recycled. There has also been an increase in the amount of waste going to landfill.”

Once it is in the black bin it will go to landfill which costs £84.40 per tonne in landfill tax even before the costs of transport. Your local Liberal Democrats are committed to a green agenda and a green Kingston and to recycling as much as possible.

The Tories promised BIG REWARDS. What are they? More going to landfill and costing you more!