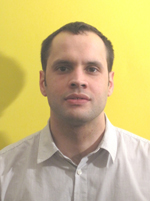 Whilst the ‘repatriation’ of the London Borough Grants Scheme could provide an excellent opportunity for growth in the local voluntary and charity sector, the the current review of the Scheme has been criticised amid demands that any prospective changes must be made with the “utmost seriousness and sensitivity.”

At present, councils across the capital pool some of their funding to buy services from charitable and voluntary organisations on a pan-London or sub-regional basis. A review is currently being undertaken into whether this mechanism is indeed the best way of using local authority money – or if Boroughs could achieve a greater impact by spending funds on locally identified proprieties

Answering a question from Liberal Democrat councillor Stephen Brister at this week’s Full Council meeting, the Council Leader confirmed he had responded to the consultation and had also explained his position to groups who would be affected by the review of current funding arrangements, such as My Voice London and Eaves Housing.

He said: “I have publicly stated that Kingston fully supports the principle of making funding arrangements to our excellent, hard working charity and voluntary sector more accountable and responsive to local needs. At a time of extremely strained public finances, it seems sensible to devolve funding back to the Boroughs so that money can be better targeted on our local priorities.

“I would like to make a guarantee tonight that as much as possible, Kingston would invest repatriated funds back in the local voluntary, charity and social sector – allowing for much needed growth in the capacity of local groups and also investment in our so-called ‘Big Society’.

“However, I have also demanded that any decisions on the Scheme be made with absolute fairness and transparency. If the process of changing the grant system was done without the sensitivity and seriousness it deserves, it could badly affect the capital’s most vulnerable residents and communities.

“I have also raised a number of specific concerns about the review, including Kingston’s total opposition to withdrawing any monies promised to the voluntary sector pre-mature to the natural end of funding deals. I believe such action would be unfair and damaging to the ability of organisations to forward plan.”

In practice there are only a few local groups who are funded through the London Boroughs Grant Scheme: namely, Kingston Voluntary Action, Refugee Action Kingston and South West London Law Centres -- who have an office in Kingston.

He added: “In the event of these changes taking place I will enter into early discussion with those organisations to ensure that they are not unduly disadvantaged.”