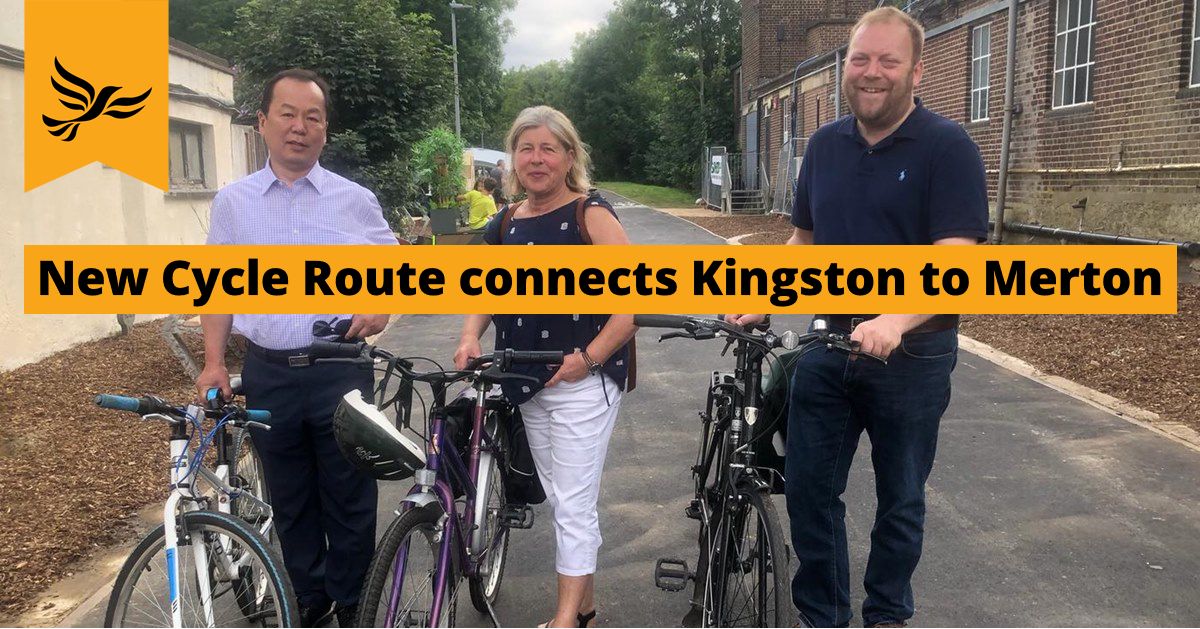 In June, the Wheatfield Way scheme around Kingston Town Centre completed which connects routes from Surbiton, Tolworth and Kingston Vale as they converge.

“The opening of the New Malden to Raynes Park Go Cycle route introduces a different kind of connectivity to the Go Cycle network. Joining Kingston with its neighbours in the London Borough of Merton and key transport hubs in South West London, the new route gives residents an attractive off-road option for moving between the two boroughs.

“Formerly inaccessible to the public, this wooded purpose-built route now opens up safe cycling to local schools and families, whilst highlighting the plants and wildlife that make it their habitat.

“This is another positive step in providing the infrastructure residents are asking us to provide, so they can begin to make new choices of how they choose to travel, and do their bit to help the environment while being fitter and healthier.”