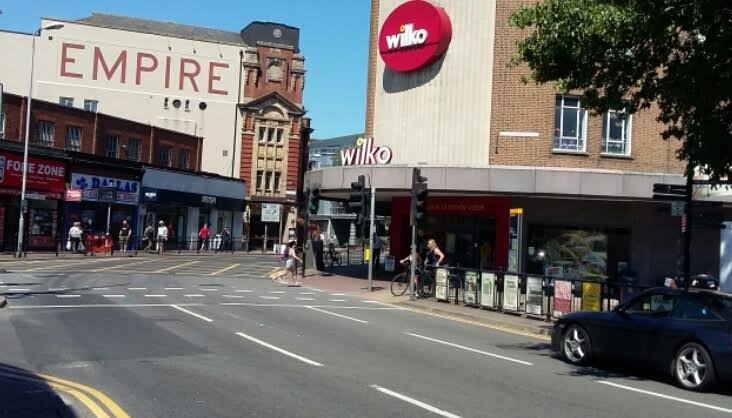 Shared space for cyclists and pedestrians while motorists coast by

The vision for this route was for protected space for cyclists all the way from College Roundabout to Kingston Station and it was originally going to take a lane from the one-way system, but unfortunately traffic modelling showed that bus journey times would be severely impacted at peak times.

We don’t want congestion, nor do we want to get in the way of other potentially sustainable transport.  However the Conservatives have put forward a plan for shared space outside Wilkinson’s that I really don’t think will work.

It’s hard to say who dislikes shared space more, pedestrians or cyclists. And if it doesn’t work for cyclists they won’t use it, so we won’t have achieved our objective.

I’m lobbying for a rethink : this area is heavily used already by cyclists and pedestrians – we need a design that works for everyone: protected space for cyclists also protects pedestrians.

Inexplicably, the shared space concept has been extended unnecessarily to all the other junctions along the route. This needs to revert to separate space as originally proposed.