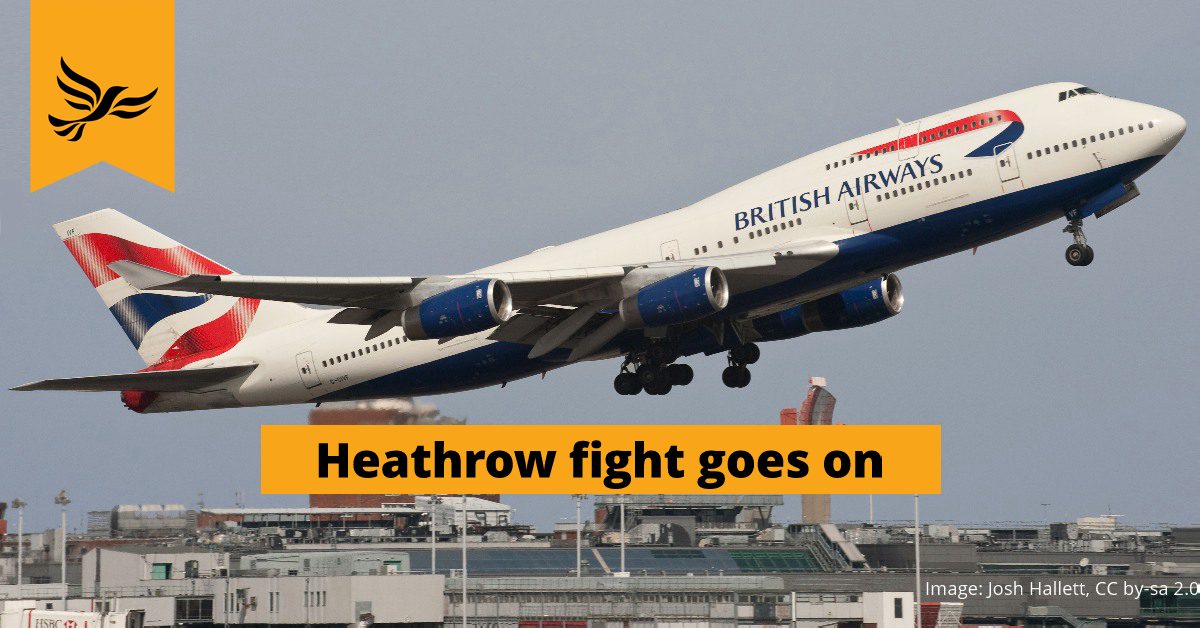 Despite concerns raised by Kingston Council, Kingston Liberal Democrats, Kingston residents, environmental campaigners, and your local MP for Kingston and Surbiton, Ed Davey, who had voted against proposals, plans for expansion at Heathrow were passed at the House of Commons earlier this week.

Responding to the vote at Parliament on a third runway at Heathrow, Cllr Hilary Gander, Lead Member for Environment and Sustainable Transport on Kingston Council, said:

“The fight will go on. The decision to build a third runway at Heathrow is incompatible with climate commitments. It will mean that Kingston residents will have to suffer more congestion from surface traffic and higher levels of air and noise pollution.”

“Liberal Democrat controlled councils, such our own and Richmond-upon-Thames, will continue to campaign against a third runway in the south-east, and instead look to alternatives to support economic opportunity across the whole of the United Kingdom."

Former MP for Richmond Park, Sarah Olney, added, "Evidence that the planned expansion would deliver the promised economic benefits was comprehensively disproved over and over again, but Conservative MPs, backed by Labour rebels, voted it through regardless.

"I will continue to fight against the expansion and hold the Government to account as plans progress. There is still every reason to hope that plans for the runway can be defeated."