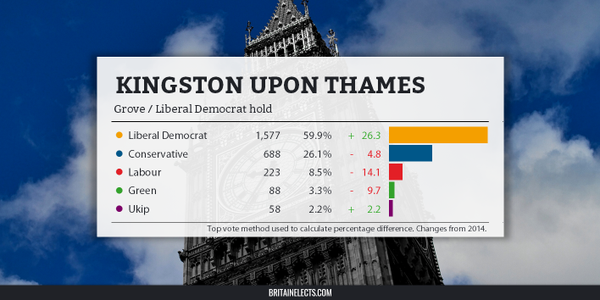 Jon Tolley, the Lib Dem candidate in the Grove ward by-election on 16th July, held on to the seat with a greatly increased majority. The by-election was caused by the sad death of Cllr Chrissie Hitchcock