Kingston shoppers have their say on Brexit 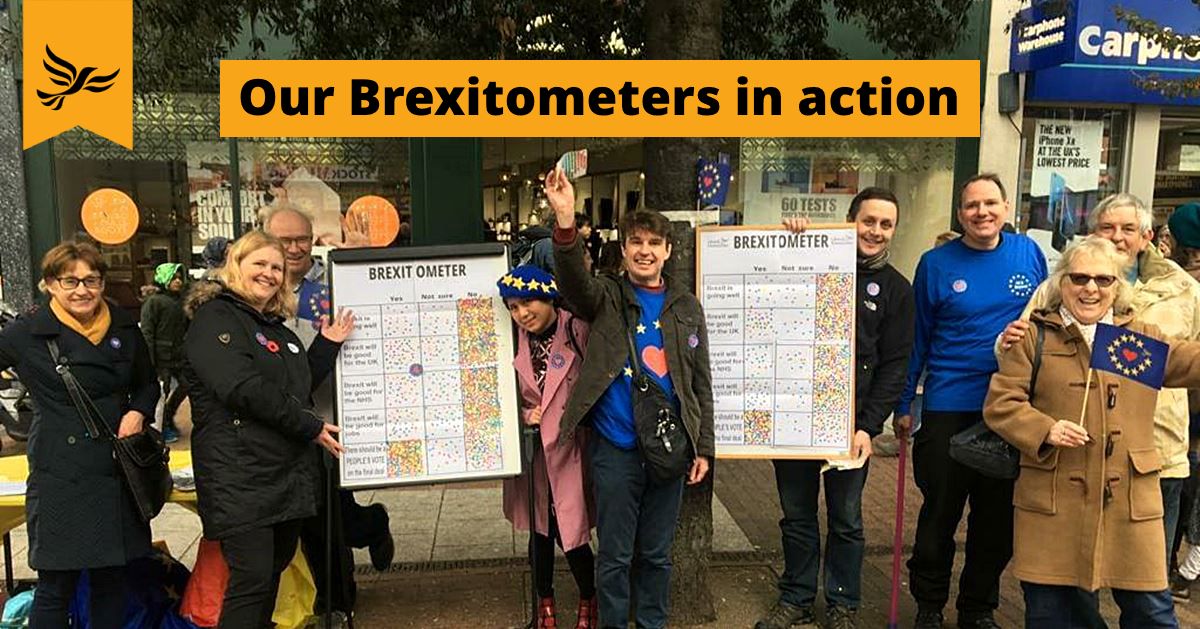 A colourful ‘Brexitometer’ gave Kingston shoppers the opportunity to air their views on Brexit over the weekend.

Organised by local Liberal Democrats, the Brexitometer recorded responses to several questions, including whether there should be a vote on the final deal.

Hundreds of people took part in the questionnaire (pictured below) with the majority overwhelmingly in support of a 'People’s Vote' on a final Brexit deal.

Taking place on Tuesday 13 November, an expert panel, alongside local Councillors, will be debating how Brexit is likely to impact on the Borough. To find out more, follow the link: Brexit: what will the impact be on our Borough?