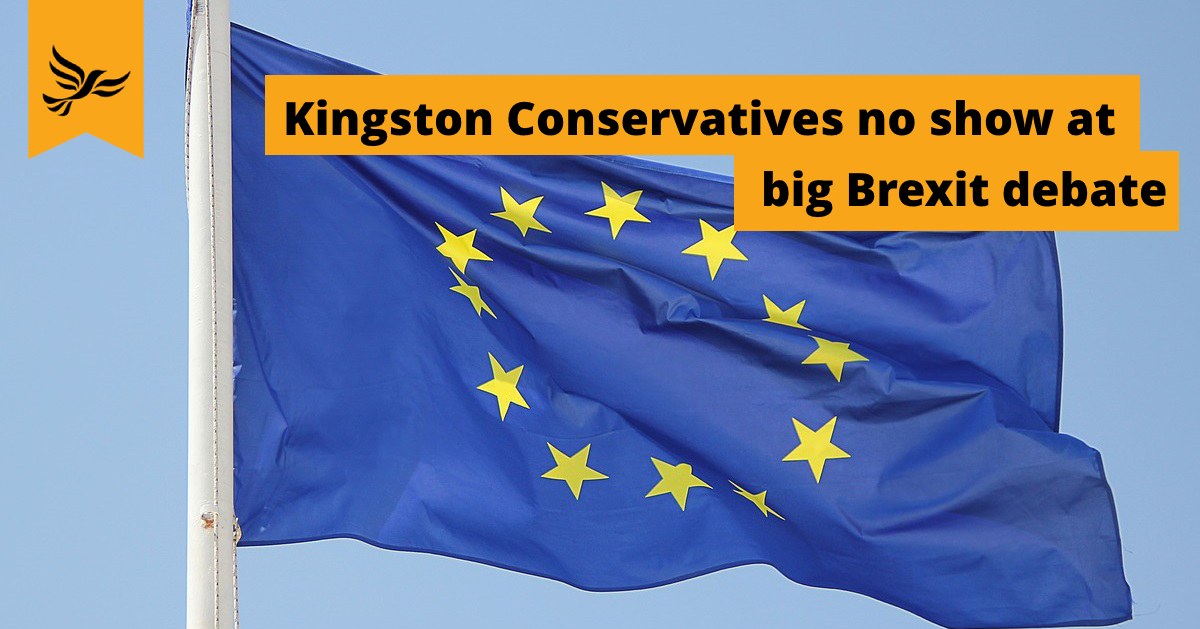 Tory Councillors have decided not to attend this evening's meeting of Kingston Council, which will consider the local effects of Brexit.

The meeting hosts the annual 'State of the Borough' debate, which this year will consider 'Brexit – what will the impact be on our borough?' A panel of local representatives, ranging from health services, the voluntary sector and the construction industry, will discuss how the UK's departure from the European Union next year will affect their areas of expertise in and around Kingston.

“The Conservative Councillors believe the Council should concentrate just on local issues,” said Council Leader and Lib Dem Councillor Liz Green. “Brexit is a local issue — the biggest of our time. It will have a massive impact on Kingston — its businesses, its economy, its environment — and all its residents, in one way or another.

“Cllr Davis and his Tory colleagues are boycotting this debate, which is just another example of how they hold Kingston's residents in contempt. Just like their central government colleagues, the Tories want to ignore the fact that Brexit will impact every single one of us.