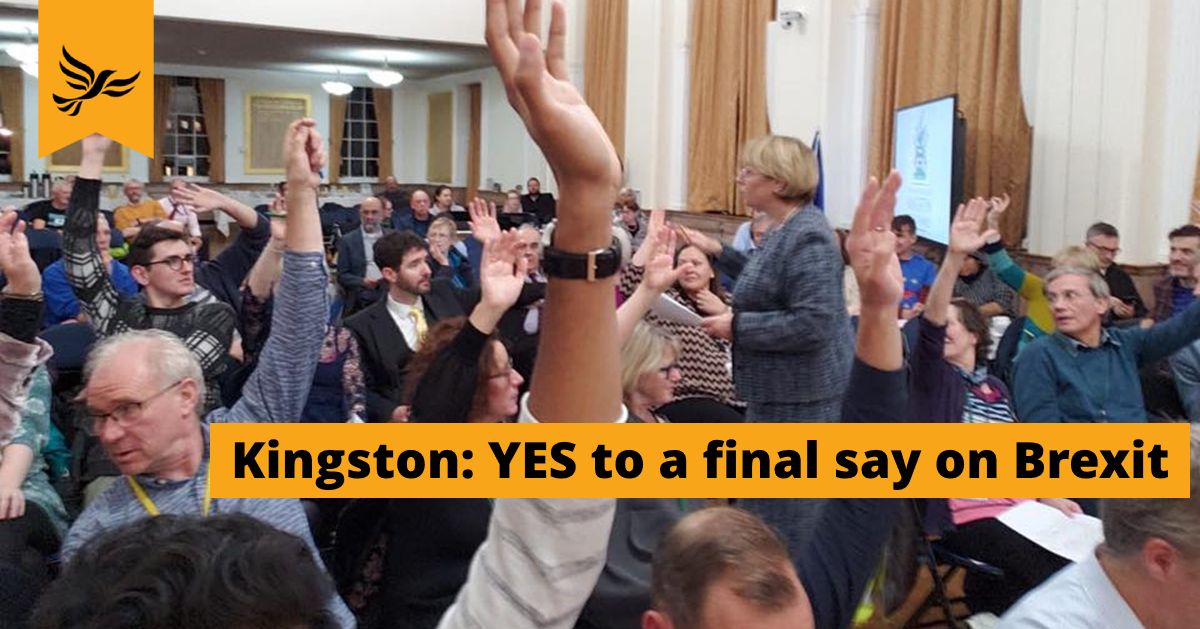 At this year’s State Of The Borough debate, held yesterday at the Guildhall in Kingston, the often-contentious topic of Brexit was discussed, specifically how it would affect the Borough.

A panel, including representatives from business, the voluntary sector, residents and The Youth Parliament, gave their take on the effects of Brexit on business, travel, EU nationals’ rights and the money in people’s pockets. After a healthy discussion, Liz Green, Liberal Democrat Councillor for St Marks and the leader of Kingston Council, proposed a motion to support the call for a People’s Vote.
“All nine Conservative Councillors decided to 'boycott' the meeting. Quite why they refused to participate in a discussion on the biggest issue of the day is down to them. One can only assume they don’t want to upset the Party line by speaking out for what is the best for the Borough and the country,” said Lib Dem Councillor Jon Tolley.
“However, your Liberal Democrat Councillors were there to support the motion, with reasoning ranging from the right for a democracy to change its mind, the effect of a lack of information at the time of the original vote, and how it will be harder for Kingston Council to deliver vital services with a shrinking economy.”
All Councillors present voted unanimously in support of the motion. Kingston Council now officially supports the call for a People’s Vote on Brexit.
If you back Liberal Democrat calls for an Exit from Brexit, sign our petition today