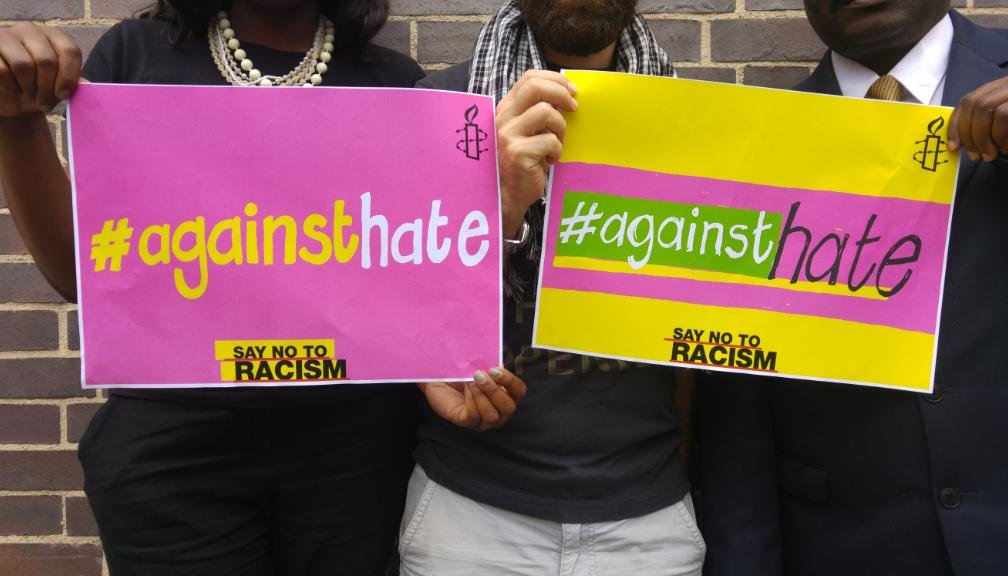 
“The British public have voted to leave the EU. This has brought with it unprecedented constitutional questions for the country. What this means for Kingston Council, and all other local authorities, is still unknown at this stage. But what we do know is that nothing will change for now. It’s business as usual at the council and for the community we serve.

“Clearly there were residents on both sides of this argument and we now need to work to heal those divisions, where they exist. But, Kingston is an open and tolerant community and I’m proud to report that unlike other parts of the UK, we haven't seen a rise in hate crimes. This is a tribute to all the different nationalities that make our borough the vibrant, thriving place that it is."

I fully support what the Leader of the Council says with regard to hate crimes but I don't feel it goes far enough. Several residents have contacted their local ward councillors with a campaign run by Amnesty, asking for a motion (copied at the end) to be put to full council. Whilst our standing orders do not allow for a Liberal Democrat motion for council this evening, i wholeheartedly agree with everything this motion requests RBK to sign up to.

Nearly 2 weeks ago, I asked the Leader of the Council to put out a cross party statement based on the concerns we were hearing from residents. I saw this as the best method available to us to reassure all our residents that they are valued members of our community and that we condemn any racial, xenophobic and hate crimes unequivocally.

This was supported by the Leader of the Labour Group, however the Conservative Leader did not feel it was necessary. We finally have a statement from the Council Leader alone - Leaders of the Liberal Democrats and Labour groups were not consulted or informed it was being issued - but it does not give the reassurances all our residents need and deserve.

With regard to the situation now the UK has voted to leave the EU, again the Leader does not go far enough. Of course RBK is, and must continue, to provide services for our residents. However, the Council does know what EU funding it receives and these need to be made public. We are in uncertain times and RBK needs to take stock, not continue to rush into plans that will affect our residents for years to come. The plethora of 14 different consultations taking place this summer, including 5 on planning developments, need to be considered in light of the EU vote.

Kingston Council will work to ensure local bodies and programmes have support and resources needed to fight and prevent racism and xenophobia.

We reassure all people living in Kingston and Surbiton that they are valued members of our community.”

More on the Amnesty campaign: Ask Your Council To Stand Against Hate