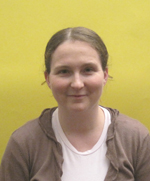 On Wednesday 9 March, TfL representatives attended a meeting of the South of Borough Neighbourhood Committe to discuss plans for the Malden Rushett Junction.

This was in direct response to two objectives in the community plan. Through the plan, local residents had asked specifically for the junction be made safer and less congested and also for TfL engagement with residents to improve.

Wednesday’s meeting saw both Kingston Borough Council and TfL come together to resolve the issue. David McKenna of the TfL came to listen to residents’ concerns and announced that £70k would be made available for an interim scheme to allow work on the junction to begin as soon as possible.

“I am really pleased that local residents’ concerns about the junction have been taken seriously.

As far as I am aware, this is the first time a representative of the TfL has engaged directly with residents at a Kingston neighbourhood committee, representing a huge step forward for the kind of open and positive dialogue that we want to see happening at a neighbourhood level.”

South of the Borough Community Plan for 2010/11 can be found here.