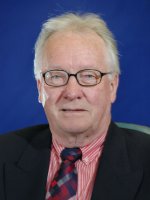 At last night’s meeting of the Health Overview Panel, Conservative councillors refused to back a motion calling for the full publication of the document detailing the ‘options for change’ in the South West London Healthcare review -- which would make public the threat posed to critical services at Kingston Hospital.

The Liberal Democrat motion, which was modified to incorporate views and sensitivities of Conservatives on the panel, was an attempt to obtain all-party backing of the campaign to save services at Kingston Hospital.

Chair of the Health Overview Panel, Cllr Don Jordan said: “It is disappointing that local Conservatives refused to support the publication of a document which residents and employees of Kingston Hospital so want to see.

“Contrary to accusations from the opposition, local Liberal Democrats are not trying to ‘politicise’ the campaign for transparency and proper consultation. We are keen to work with politicians of all colours on such important issue.

He added: “I simply do not understand why the Tories refuse to back the demands of the Council’s administration and local MPs for simple ‘truth and public discussion’.”

The amended motion to Full Council on 30th March stated:

This Panel is now aware of the content of extracts from a document entitled ‘South West London Strategic Plan’, which is marked ‘private and confidential’, ‘final draft December 18 2009’. The document includes options for change, under which Kingston Hospital would lose at least one major service in 16 of the 18 options identified. 6 of the 18 options would include the loss of Accident and Emergency and Maternity provision as well as Paediatric In-patient provision; 12 of the options would involve the loss of Paediatric In-patient provision; 8 of the options would remove Elective Surgery provision.

1. Thanks the Chief Executive and Chairman of Kingston Hospital Trust for their evidence this evening and wishes to pass on its congratulations to the Trust and all members of staff for their invaluable contribution to the healthcare of their community;

2. calls upon NHS London to publish this document immediately;

3. requests, under Standing Order No 9, that this resolution is referred to the next meeting of Full Council on 30 March 2010.

The standing orders of Kingston’s Health Overview states that in the event of a tie, the casting vote lies with the Panel’s Chair