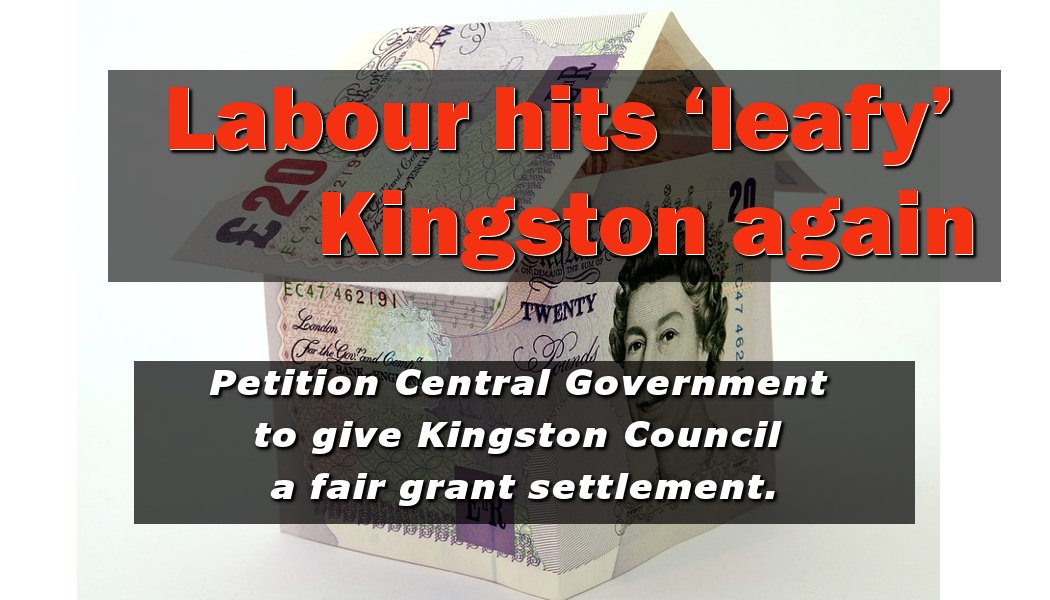 Join our campaign for a fair deal for Kingston

Petition Closed - Thanks for your support.

Its grant to Kingston will increase by only 1.5% - the lowest it can give - and not the 4% that Labour claims all councils are receiving.

However, because of the increase of the number of residents, it actually results in a decrease of the grant per person (see box below).

Last year, Kingston’s tax rise was kept to the lowest for 14 years, at 3.5%. Yet, during a recession the Council has to meet extra demands and financial pressures - if services for Kingston’s most vulnerable, elderly and children are to be protected.

So, with Labour cutting Kingston’s grant, a tax rate like last year would still require £8 million of savings - that’s over 6% of the Council’s total budget.

How Labour's grant hits us

Kingston is one of the most efficient councils in London. It spends only £726 per head -while the London average is £923.

However, the Council receives only £231 per head from the Government grant - less than half the London average of £546.

So 69% of finance in Kingston has to be raised through Council Tax - compared to 42.5% average for London.

How Labour's grant for Kingston compares

Join our campaign for a fair deal for Kingston, by signing the petition.

I support the campaign, led by the Liberal Democrat Focus Team, for central Government to give Kingston Council a fair grant settlement.