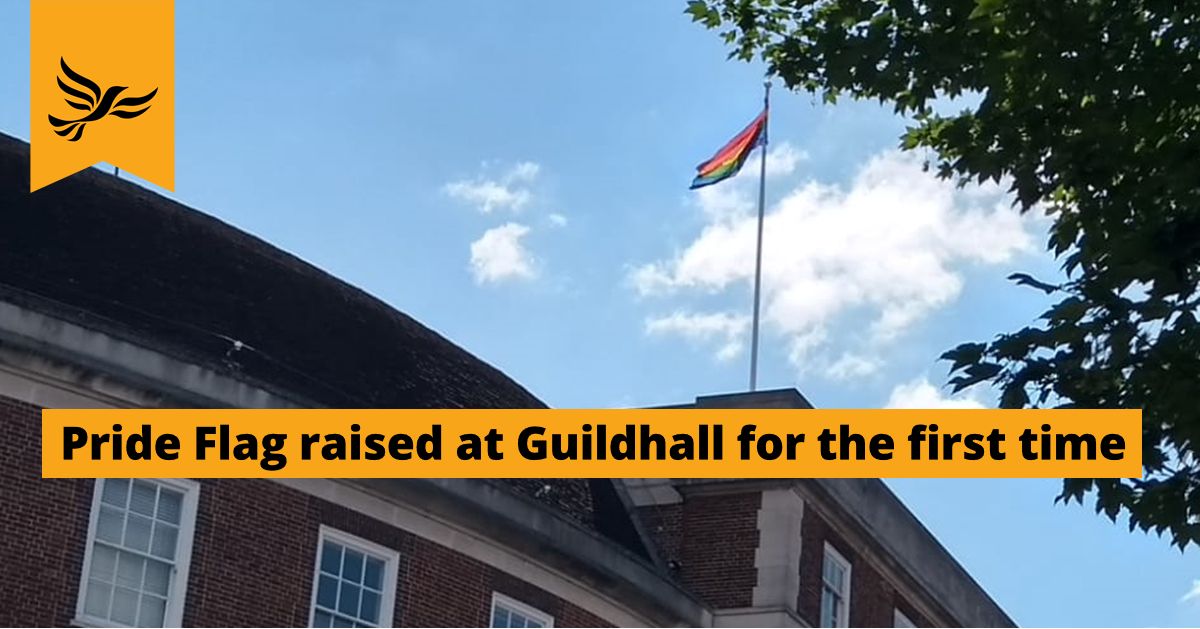 Pride Flag has been raised above Kingston's Guildhall for the first time ever on Monday, 1 July to mark Pride in London.

The ceremony to raise the rainbow flag took place yesterday at the Guildhall to celebrate Pride in London, showing a clear sign of support for the borough's LGBT+ community.

Cllr Margaret Thompson, the Mayor of the Royal Borough of Kingston upon Thames was joined by Leader of the Council, Cllr Liz Green, LGBT+ champion Cllr Sam Foulder-Hughes, councillors, staff and other local community representatives to mark the event. 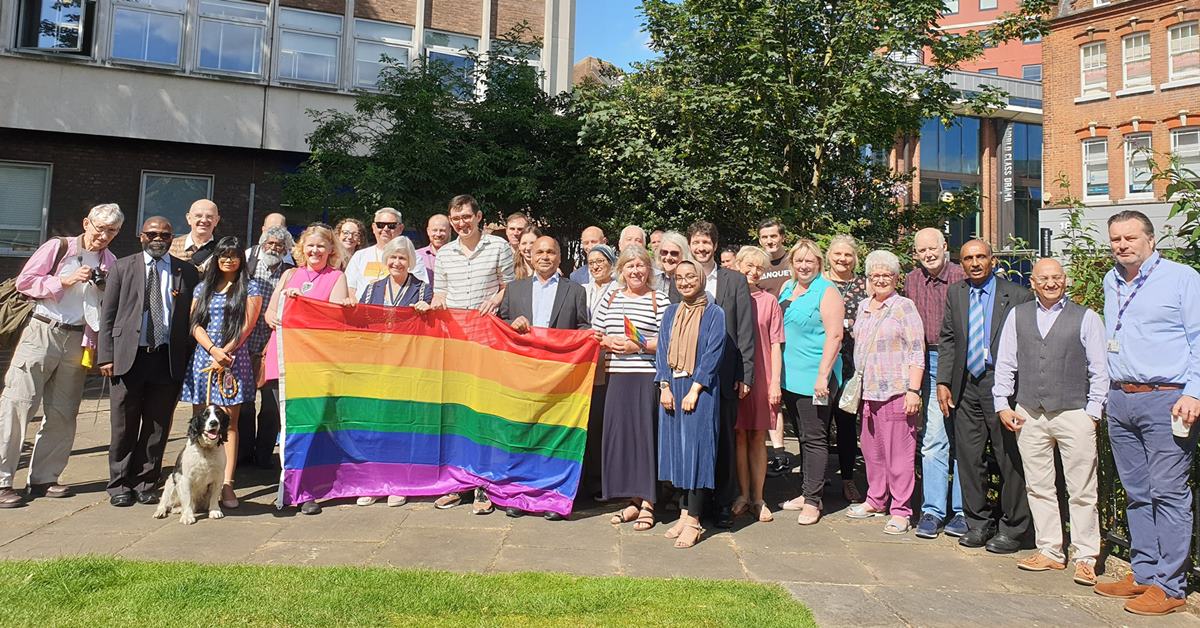 © 2019 The Royal Borough of Kingston upon Thames

Cllr Sam Foulder-Hughes, Kingston Council’s LGBT+ champion, said: “It is, undoubtedly, with a sense of pride that
we are flying the rainbow flag. This is the first year the flag has been raised at the Guildhall and represents our commitment to equality and shows our support for the LGBT+ community. Kingston is a thriving and diverse borough — a place where we don’t just tolerate difference, we celebrate it.

“Pride in London is a celebration where Londoners acknowledge the victories on equality and LGBT+ rights won over the past 50 years since the Stonewall Uprisings in New York. I hope that many people attend Pride over the weekend and show their support.”

On Saturday, 6 July the annual Pride in London parade will be held in central London covering much of the West End. To find out more about Pride in London, and events throughout London, visit prideinlondon.org.

Find out what the Lib Dems have done to fight for the rights of LGBT+ people at https://www.libdems.org.uk/pride-2019-list.