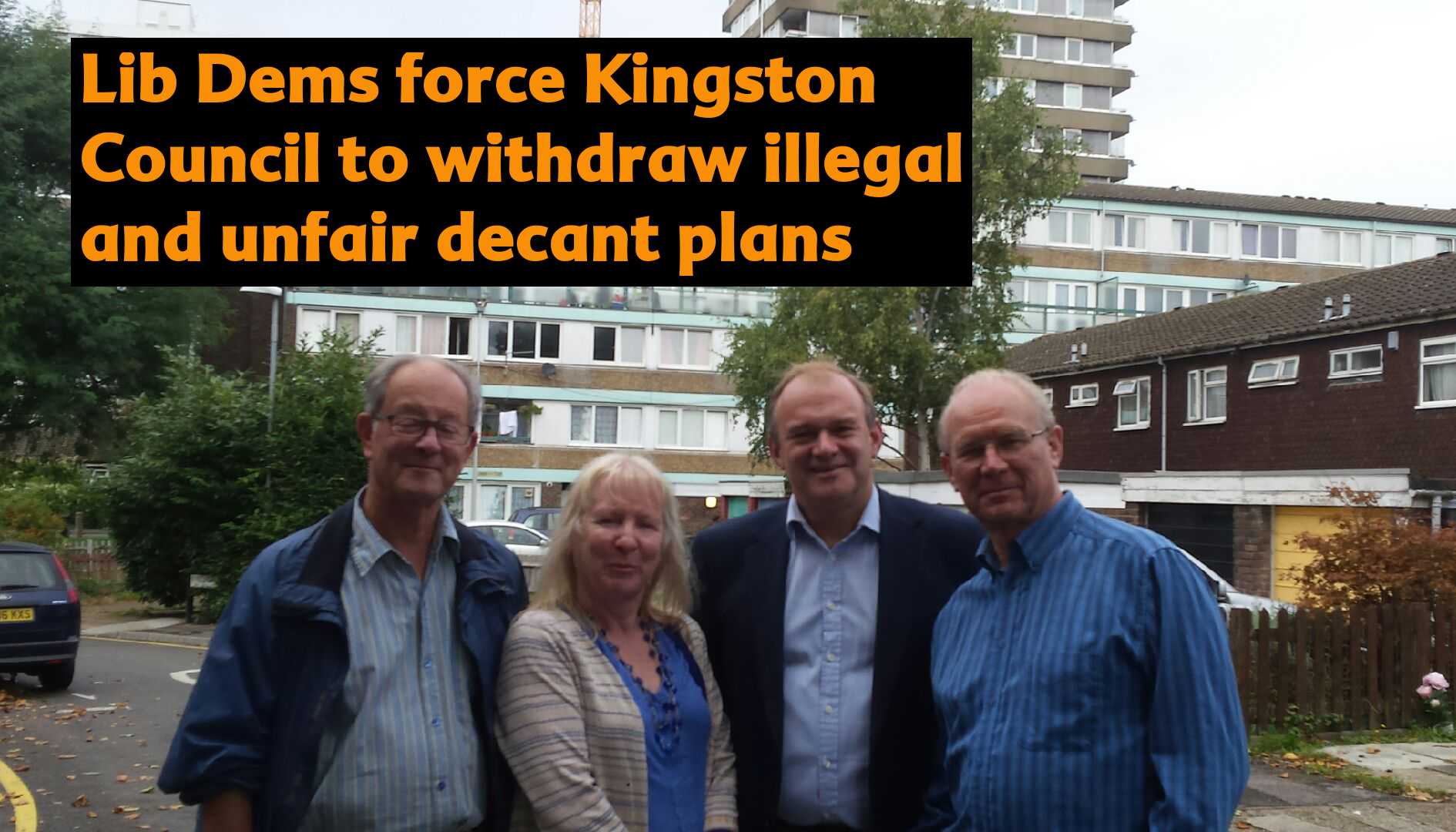 Kingston Council’s Conservatives were forced to withdraw plans for local residents during the future Cambridge Estate regeneration, after local Lib Dems showed they were unfair to tenants and leaseholders - and illegal!

The Council’s “decant” plans were torn up after housing solicitor and Lib Dem, Emily Davey, showed they did not guarantee tenants a right to return or appropriate local housing provision.

Norbiton Councillor Bill Brisbane said,“It’s good we exposed these serious mistakes before it was too late. The Council must now consult on a new plan for regenerating the estate that’s fair, legal and reflects the Mayor’s guidelines.”