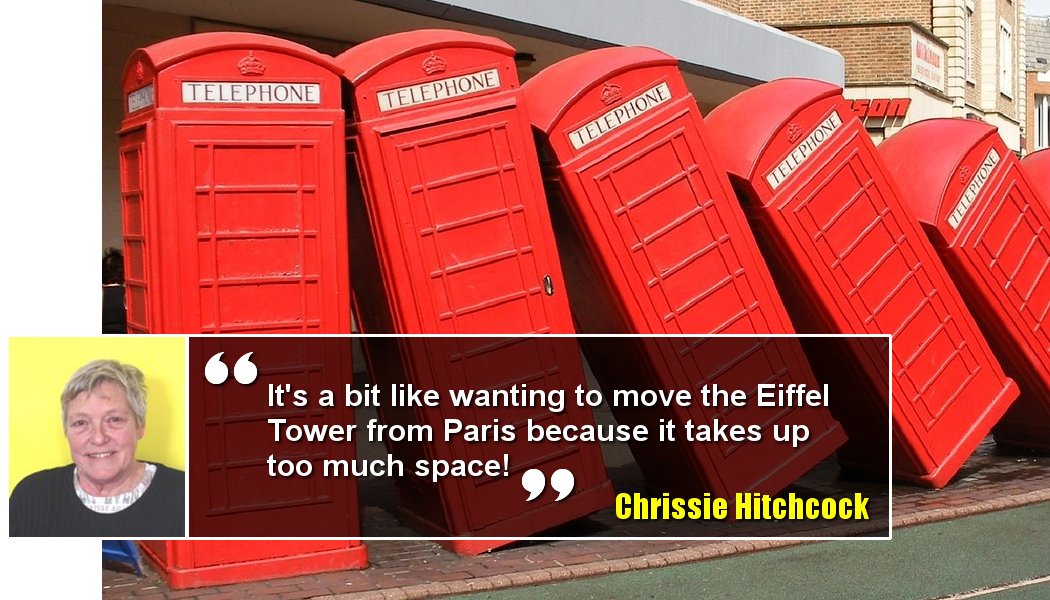 Kingston Liberal Democrats have launched a petition to save the tumbling telephone boxes at the junction of Old London Rd and Clarence St. The telephone box installation is one of the best known symbols of Kingston, featuring on many postcards and photos of the town.

Kingston’s Tory run Council, however, have set out plans to remove or relocate the telephone boxes in their draft development brief for the “Eden Quarter”.

"I was flabbergasted when I saw that the Tories are planning to get rid of the tumbling telephone boxes from the end of Old London Rd. Residents I have spoken to are similarly shocked.

It is a bit like wanting to move the Eiffel Tower from Paris because it takes up too much space! The telephone boxes are a much loved symbol of Kingston and it is becoming increasingly clear that the new Tory run Council have no respect for Kingston’s heritage.

I hope residents and businesses from Old London Road will object at the next Infrastructure, Projects and Contracts Committee on 5 February at Guildhall."