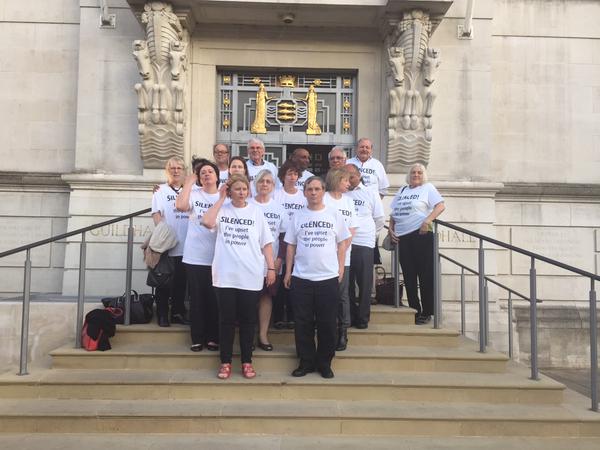 Political disagreements deepened this week at the Council between the ruling Conservative Leader and the Liberal Democrat Group.

Lib Dems were left reeling last week after a motion, that would have triggered a debate at Council regarding the Leader of the Council’s perceived conflict of interest, was withdrawn for legal reasons.

Dressed in white t shirts that read "SILENCED - I’ve upset the people in power" and only after the Mayor’s community formalities had taken place, Lib Dem Councillors refused to take part in the second part of the Council meeting and protested by remaining silent for the rest of the meeting.

“Residents saw the worst of Councillor Kevin Davis recently when he tweeted a message to local residents, campaigning on planning in Kingston, saying “lesson no 1 is don’t upset the people in power.” Residents accused him then of being Putin-esque and a trumped up toy town dictator!”

“Our silent protest took place after the Mayor had finished his announcements and guests had left the Council Chamber. Just before Council Questions, I asked the Council to include in the minutes that a Lib Dem motion had been submitted but was rejected by the Council. As we were silenced from raising legitimate concerns, to show our dissent, we withdrew our active participation for the rest of the meeting where no debates were scheduled.”

Labour councillors did not take part in protest but also remained silent for the duration of the meeting.