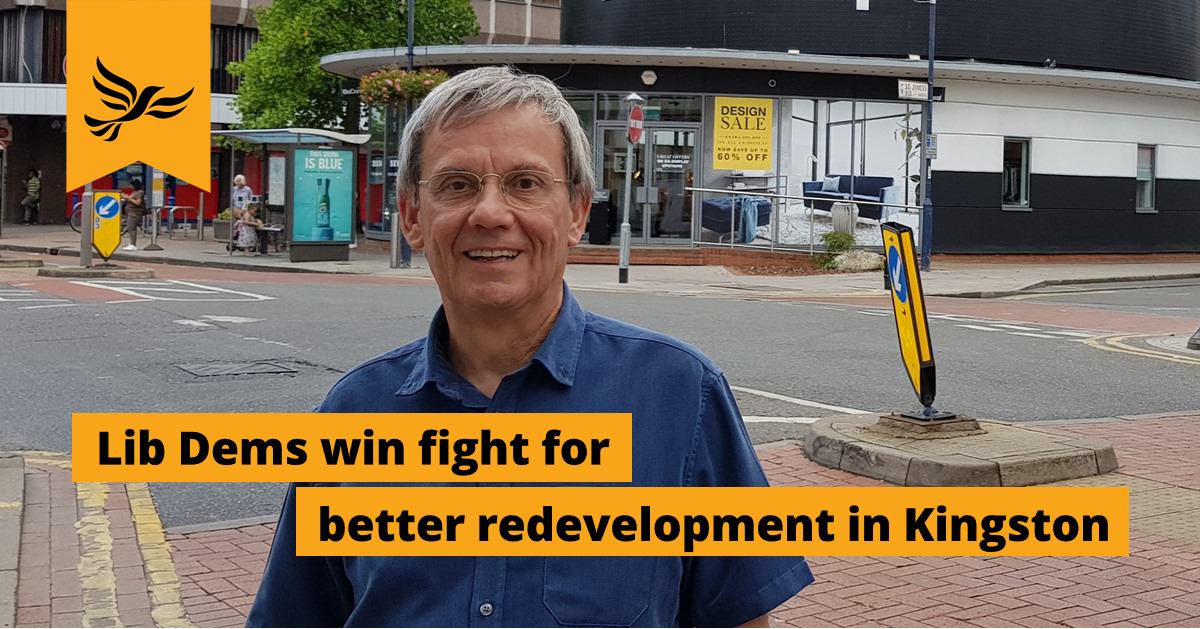 
There was good news this week, as the government's planning inspector dismissed the appeal on the Surrey House and Hippodrome nightclub site, opposite the United Reformed Church in Eden Street, Kingston.

It upheld in strong terms the reasons the application was originally rejected by the Council. This decision is welcomed by the Lib Dem Administration, and reinforces our commitment to build much needed homes through developments that are sustainable, of good design and in keeping with the character of the area.

The new Lib Dem Administration in May 2018 recognised the potential to redevelop this part of Kingston town centre. However, importantly, the Lib Dem-run Kingston Council insisted that any scheme would need to respect the characteristics of the surrounding area, and benefit the borough’s residents. Despite efforts to get the developers to amend their scheme to one that might be acceptable, instead the applicant took it to the Planning Inspectorate in March 2019.

In April 2019 the Development Control committee of Lib Dem-run Kingston Council determined that this application would have been refused, citing the following reasons, all of which were upheld:

Councillor Malcolm Self, Deputy Leader of the Council and Portfolio Holder for Planning Policy, said; ‘I strongly welcome the decision of the planning inspector to uphold the refusal of this application. Though our hands are often tied by central government and the mayor, I am glad our policies have held up to scrutiny. We will continue to argue for developments with high numbers of affordable and family homes, and now developers will have to listen.’