No more robbing Peter to pay Paul with Kingston's children 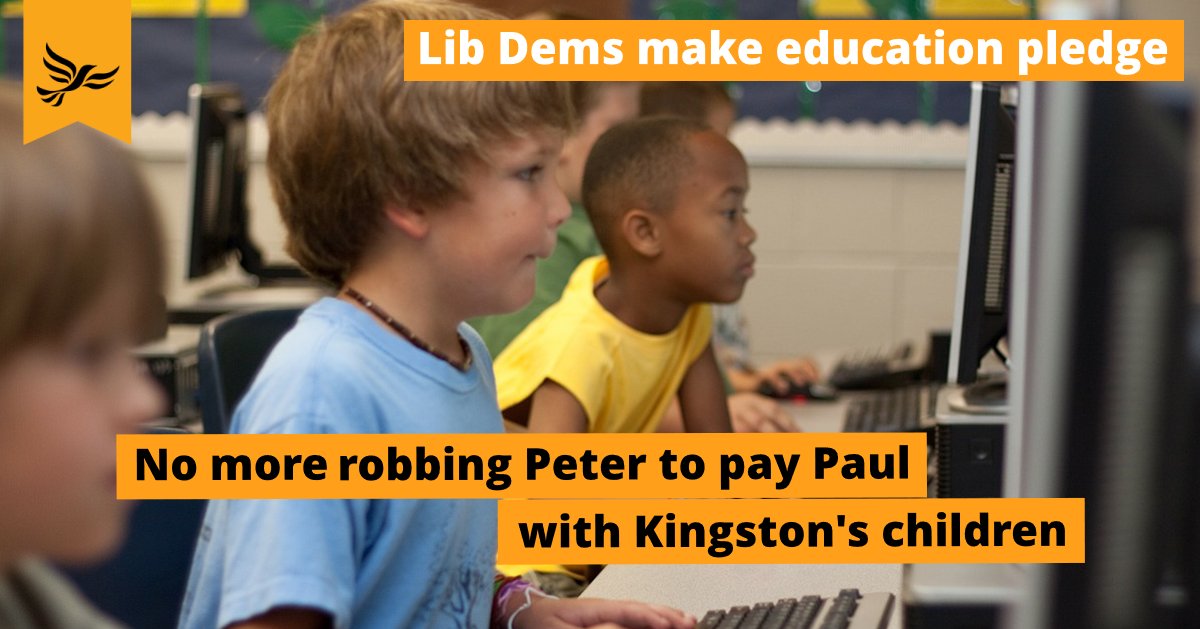 The Liberal Democrat administration on Kingston Council has vowed not to take any money out of the schools budget next year.

Earlier this year, the previous Conservative administration, which was defeated in May's Local Elections, applied to take over £1 million away from Kingston's schools to help pay for overspending in the 'high needs block' of pupils across Kingston. The move, known as a 'disapplication', effectively robbed Peter to pay Paul.

With school budgets already stretched to breaking point, this was a reckless decision by the previous administration, and one which could have serious consequences for children in our borough. Sadly, this was just part of a pattern of failure by the Conservatives to take Kingston’s problems seriously.

At a meeting of Kingston's Councillors yesterday, Lib Dem leader Liz Green confirmed that the Council would not move for a disapplication in the next financial year.

Diane White, Lib Dem Councillor in St Mark's Ward & Portfolio Holder for Children’s Services, said: “We were extremely pleased to be able to announce last night that we will not be applying for a disapplication to the schools budget. Under this administration, we will work in partnership with schools, not raid their budgets to pay for overspending elsewhere.”