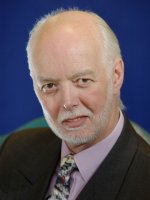 At last night’s meeting of the Executive, Kingston Council’s Lead Member for Libraries and Museum Service announced that the Heritage Lottery Fund is making the Royal Borough a “priority for funding”.

Cllr Ian Reid welcomed the news, saying: “This is excellent news. ‘Leafy Kingston’ is finally being recognised as having being left out of funding for projects which celebrate our local history and culture.”

“We have already received just under £80,000 from the Heritage Lottery Fund for the Muybridge projects and a Local History Archive in partnership with the local University, and are awaiting the outcome of a third bid.”

He welcomed the HLF’s letter to the Council which said: ““As part of our efforts to address inequalities in funding amongst London boroughs, the Heritage Lottery Fund will be making the Royal Borough of Kingston upon Thames a geographical priority area from April 2010. This will involve significant additional support from the HLF’s London Development Team for applicants and infrastructure groups in the borough for at least two years.”