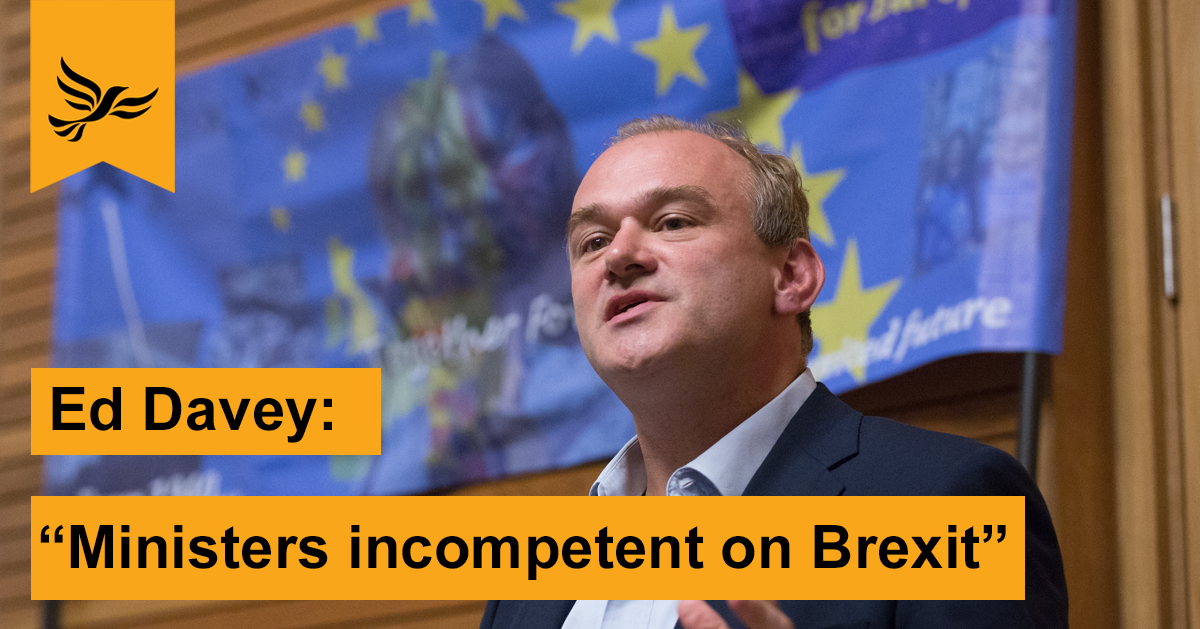 Government Ministers have been labelled as “incompetent” by local MP, Ed Davey, over their handling of the Brexit negotiations.

“With Conservative Cabinet Ministers divided on what Britain should be pushing for, they are letting us all down, whether you voted Leave or Remain,” Ed argues.

“This prolonged uncertainty is not only unfair to all these people and their families, but it’s already hitting key services like Kingston’s NHS.

“We have to fight this incompetent Conservative Brexit, before it’s too late.”