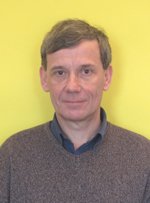 I'm delighted to inform local families that the construction of the new Lime Tree school in Oakhill, Surbiton is progressing according to plan.

It will open with a nursery class and two reception classes this September.

“I’m pleased that the Lib Dem council has been so successful in providing new primary school places.

Kingston is the only council in London to be building a new primary school and I’m really pleased that it’s located in our ward."

Previously, the Kingston Conservative spokesman on Education has said that if became Executive Member for Children’s Services, he would replace any 'silly idea' of building a primary school on the hospital site.