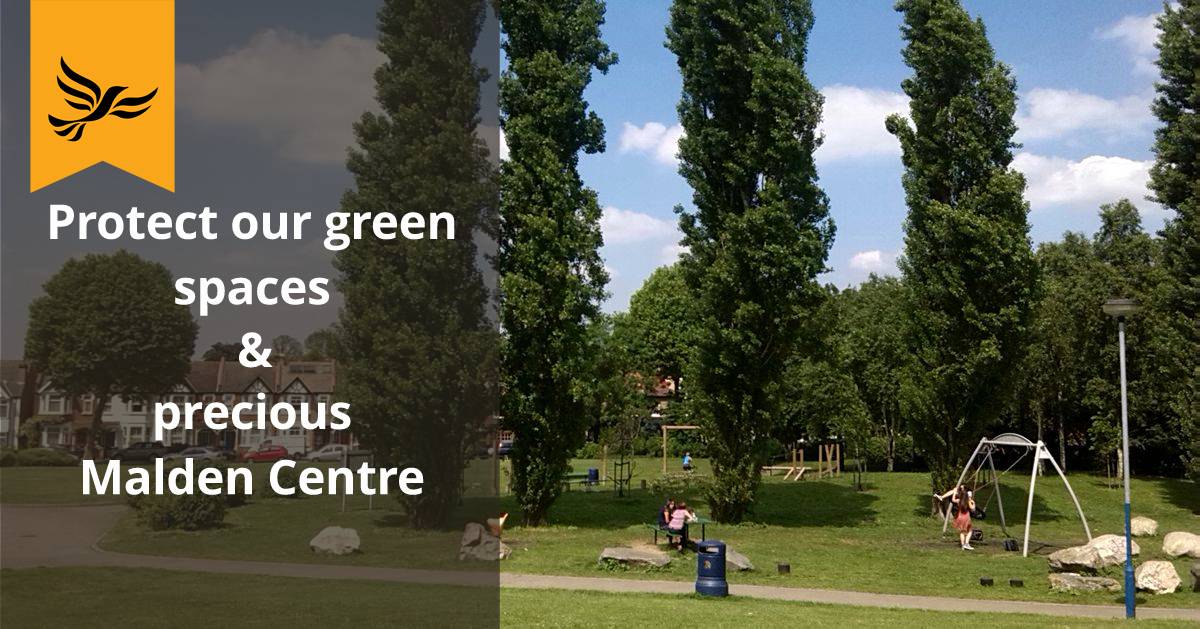 There is real concern amongst residents over Conservative Kingston Council's rush to overdevelop, with few signs of sensible thinking from the Council about infrastructure. At Cocks Crescent and Blagdon Road, there are potential plans which could see up to 800 flats and ten-storey blocks, as well as a threat to our green space. There's also uncertainty over the current Malden Centre. Lib Dem campaigner Mark Durrant said: "We support new housing, and will keep a leisure centre and pool. But the Tory building plans are over the top. Their vague public engagement effort won't help - they say they won't change anything anyway!" The Lib Dems believe residents should have a genuine choice in deciding the future.