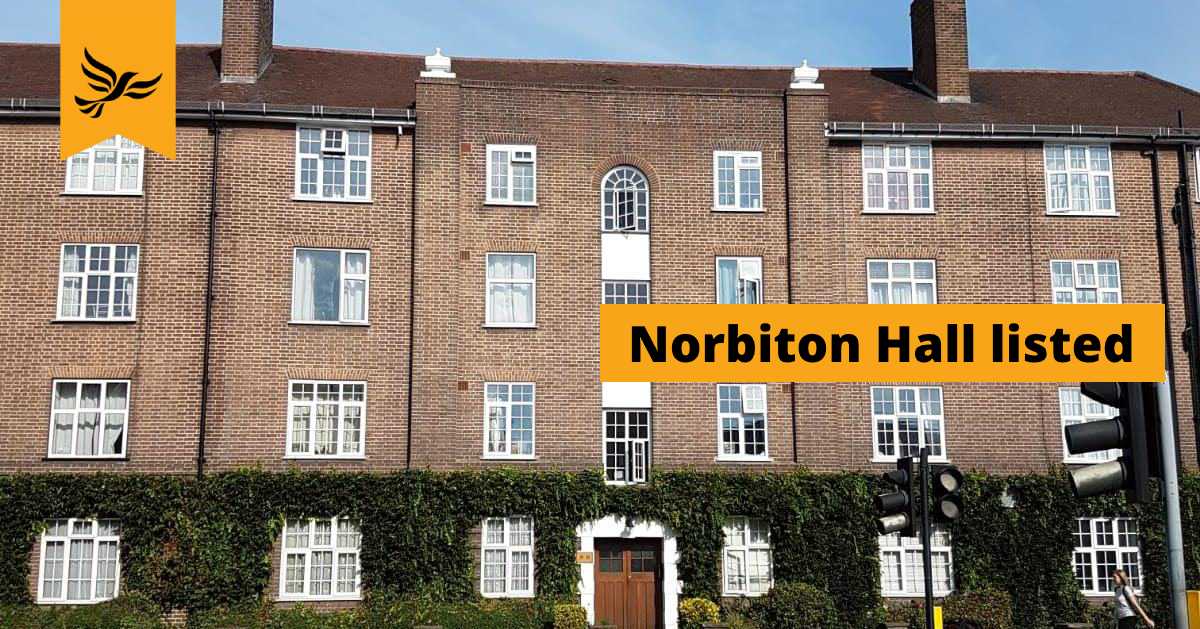 Councillors have voted in favour of granting local listing status to Norbiton Hall in Kingston at a recent Kingston Neighbourhood Commitee meeting.

The vote, which took place on Thursday evening, saw overwhelming support for the scheme with all Liberal Democrat councillors voting in favour.

Built between 1933 and 1935, Norbiton Hall takes its name from the estate that was previously on the site, between 1309 and 1535. Today, the three buildings that make up Norbiton Hall comprise 192 flats, organised in blocks of eight each over four floors.

“This residential complex is one of a small number of remaining early 20th century … experiments of well-designed, good-quality residential accommodation for a growing middle-class population that was attracted to Kingston by its suburban character, a thriving industrial and commercial economy and an expanding railway network,” according to a heritage assessment of Norbiton Hall, commissioned by Kingston Council.

“It retains a substantial portion of original features, the development site is associated with well-known characters and events, has group value, displays special value as residential type and has socio-economic links with the past.”

“The Norbiton Hall buildings form a highly distinctive group in the local townscape.”

Speaking after the meeting, Norbiton Liberal Democrat Councillor, Olly Wehring said: “As we look to the challenges of the future, it's important to recognise the past. Norbiton Hall is a very special set of buildings that form an integral part of our neighbourhood.”

“I'm very proud to have such a wonderful, characterful residential property in Norbiton.”