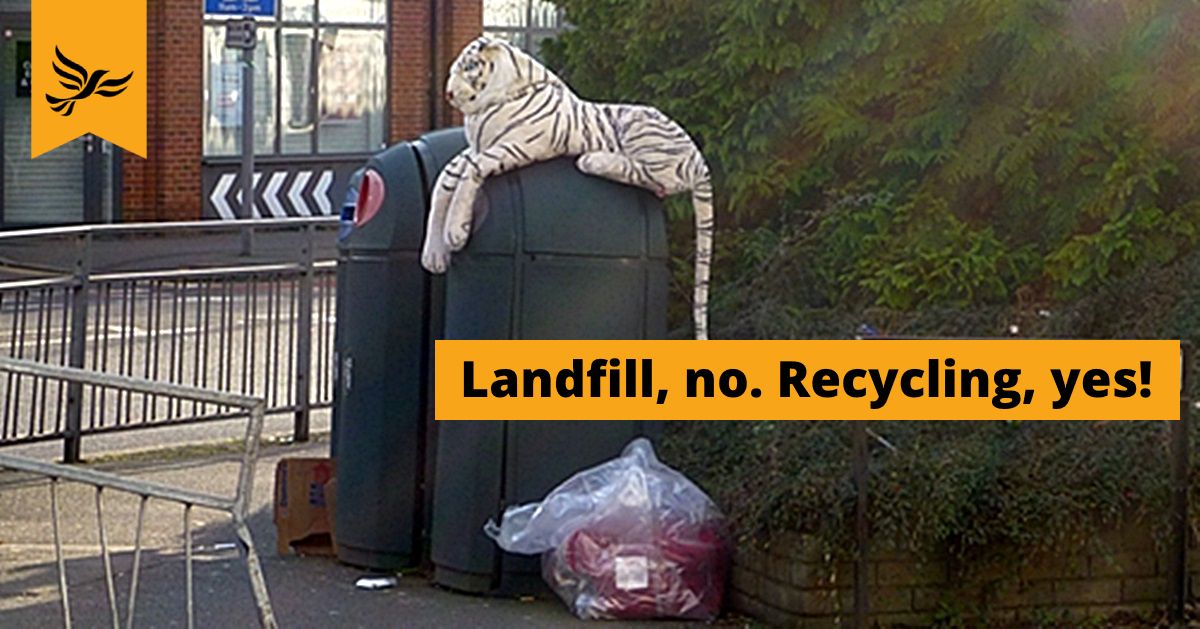 Kingston's Liberal Democrat Councillors are spearheading a revolutionary way to recycle rubbish from street bins in and around Kingston.

Three years ago, the Conservative-led Council removed the borough's on-street recycling bins. Analysis carried out earlier this year showed that up to 30% of street-bin content is made up of cans, bottles and plastic — yet everything in these bins is currently going to landfill.

While going back to separate on-street recycling bins would be costly, fortunately technology has moved on. Today, there are options available for recycling mixed waste.

At a committee meeting of Kingston Councillors in November, the Liberal Democrats pushed through one of their manifesto promises to increase on-street recycling. The Council will now consider which service is best — a Mixed Waste Processing plant or a Mechanical Biological Treatment facility — to deal with Kingston's street waste.

“When the Conservatives removed on-street recycling bins in 2015, we said that this was a backward step as it removed the option of recycling when residents are out and about,” said Hilary Gander, Liberal Democrat Councillor for Surbiton Hill and chair of Kingston Council's Environment & Sustainable Transport committee. “We are determined to explore opportunities to avoid sending Kingston's street rubbish to landfill, aware as we are of the environmental damage this causes.”

The Liberal Democrat-led Council will run a campaign informing residents and visitors to Kingston that by putting their rubbish in street bins, they will be doing their bit towards a more sustainable Kingston.