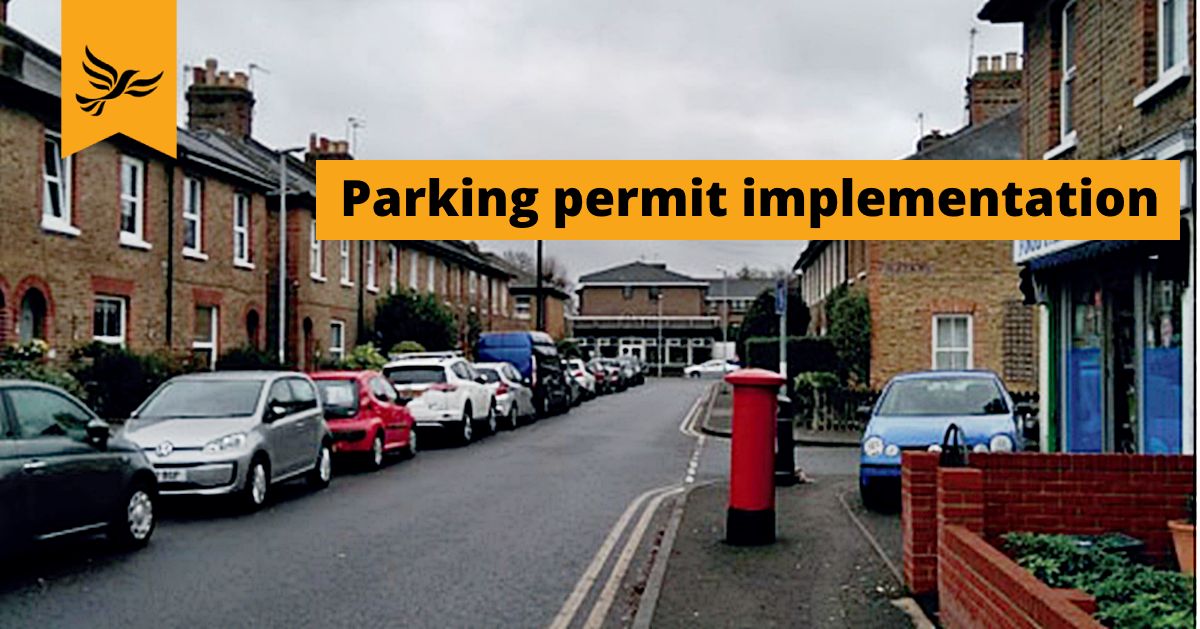 A resident permit parking scheme has recently been approved by the Surbiton Neighbourhood Committee for roads in Berrylands after a consultation.

The resident permit parking scheme will operate between 11am and 2pm from Monday to Friday on Browns Road, King Charles Crescent, Warwick Grove, South Place and Mayberry Place.

Local Lib Dem Councillor, Anita Schaper said, “Kingston Council has written once again to all residents in the scheme informing them of the Permit Parking Area (P.P.A.) decision. A Traffic Management Order (T.M.O.) will appear in the Surrey Comet newspaper and on lampposts in all the affected roads before the proposals are implemented. Residents can make comments during this period by using the contact details shown in the T.M.O. once it is published.”

Local Councillors acknowledge that some residents in neighbouring roads have raised concerns about a potential knock-on effect on parking in their roads falling outside the P.P.A.

Please contact your Berrylands Councillors if you have any concerns, or would like to discuss this proposal further.